How does a person not know how to cook chicken?

Or, worse, become the butt of the entire internet.

That’s what is happening to Morgan Jane Gibbs, who took to Facebook to kick off her 2017 clean eating campaign.

You might just think she made a typo or something, but oh, no. Take a closer look at that photo. 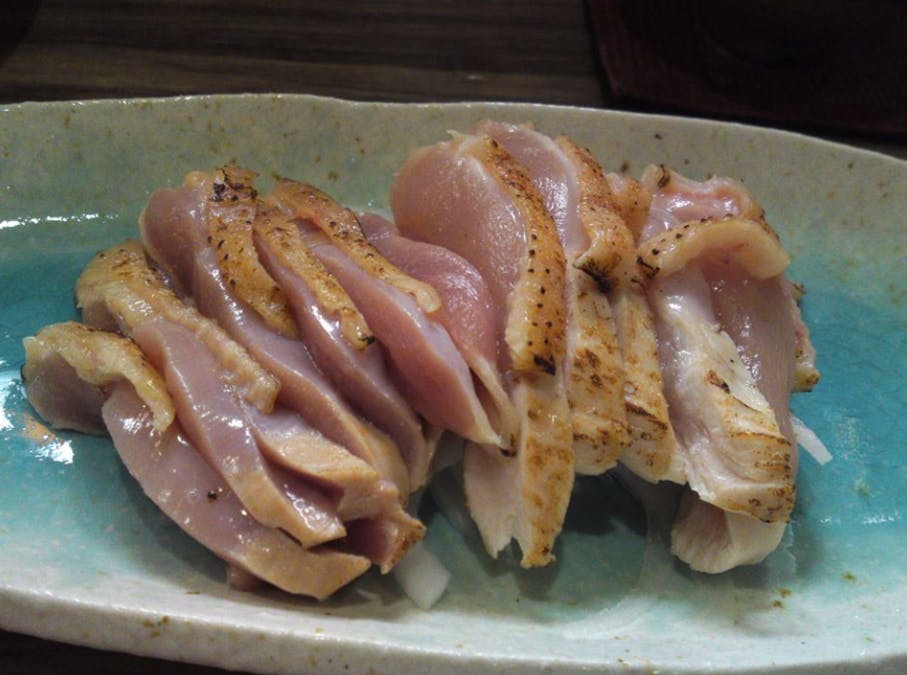 The response online has been about the same as that Team America clip above, although Gibbs’ replies indicate she is either trolling everyone or really, really, really dense. 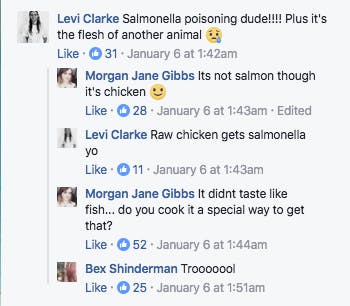 That it may not be a joke hasn’t stopped people from reposting the meme to Facebook, using hashtags certain to illicit angry responses, like #vegan.

Or bringing it to a hospital.

Photo via via Brandon David

But… (puts on food scientist glasses) most of the deadly bacteria in chicken resides on the surface of the skin and a proper sear should kill anything, making this perfectly acceptable to eat. Indeed, chicken tartare, foul as it may sound, is experiencing a bit of a resurgence.

Here is a recipe you can try at home.