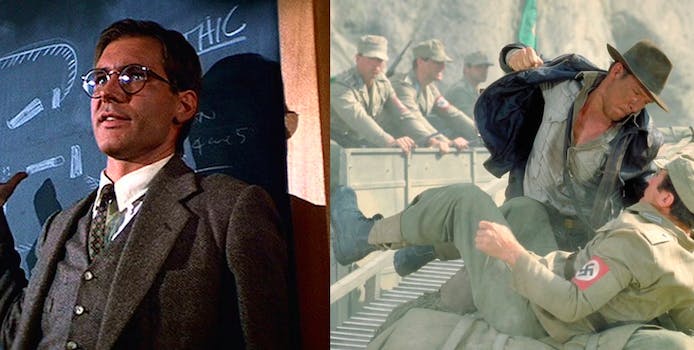 ‘Me on Election Day’ meme reveals how exhausting 2017 has been

This meme captures all our election feelings.

Election night 2016 was a shock to everyone involved: the polls leading up to it all indicated Hillary Clinton would be the next president, but the polls were wrong. When the counting was finally done, Clinton supporters, Donald Trump supporters, and even Trump himself were all flabbergasted at the outcome. You could argue we’re still in shock, a year later. And that’s what the “Me on election day 2016 vs. me on election day 2017” meme captures.

Started by writer Lyz Lenz, the meme compares the relative hope and innocence of a pre-Trump world to the jaded, hardened present day, where polls could be meaningless and we prepare ourselves for the worst.

Lenz went with badass movie icon Sigourney Weaver to represent her 2016 and 2017 states of mind, but any actor or character who has “seen some shit,” as they say, will get the message across.

Or from Agent Cooper to whatever Doug is:

Or from happy-go-lucky Mets mascot to agitated conservative blogger:

Or an intact egg to a broken egg:

Or a naïve moisture farmer to The Last Jedi®™:

This one hits pretty close to home for Hillary fans:

There are literally hundreds more of these on Twitter as we inch closer to Tuesday night’s vote tabulation, and the common thread is shellshock. It seems America, and liberal America in particular, has aged about 15 years over the past year. Many are hoping that this election will bring some relief at the state and local levels, but they’re not hoping too hard. Remember how that worked out last time?

In some sense, however, these jokes are rewriting history: both sides may have gone into election day 2016 hopeful their candidate would win, but they also went into it glad that the longest election cycle in U.S. history would finally stop sapping their will to get out of bed in the morning.