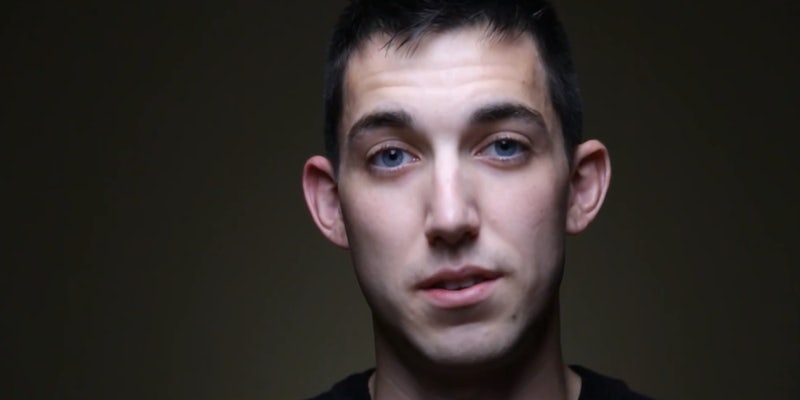 Matthew Cordle says he hopes his case will convince others not to drive drunk.

Matthew Cordle, the Ohio man who confessed in a YouTube video to killing a man while driving drunk, has been sentenced to six and a half years in prison.

The 22-year-old will serve six years for an aggravated vehicular homicide charge and six months for drunken driving, according to The Columbus Dispatch. The maximum sentence was about eight years.

Upon his release, he will have his driver’s license suspended for life.

Cordle made national headlines when he posted his confessional video to YouTube Sept. 3 through Because I Said I Would, an Ohio nonprofit. He not only wanted to confess his crime, but to raise awareness about what can happen when someone decides to drive drunk.

After his arrest, he stayed true to his word and pleaded guilty to killing Vincent Canzani on June 22.

Franklin County Prosecutor Ron O’Brien had wanted Cordle to receive the full sentence for his crime, but Cordle’s attorneys pleaded for leniency, noting that Cordle’s video has already helped others avoid his tragic mistakes.

Franklin County Common Pleas Court Judge David Fais, who sentenced Cordle, would like to see Cordle’s case used as a message to people over the holidays, when the number of drunk driving deaths in the U.S. usually spikes.

Cordle apologized to Canzani’s family in court and vowed to do what he could to prevent people from drunk driving both while he was in prison and once he has served his sentence.

“There is no such thing as a fair sentence when it comes to the loss of a life,” Cordle said at the hearing. “The true punishment is simply living, living with the knowledge that I took a man’s life, that I irreparably damaged the lives of Vincent’s family and friends, and that weight and pain will never go away.”