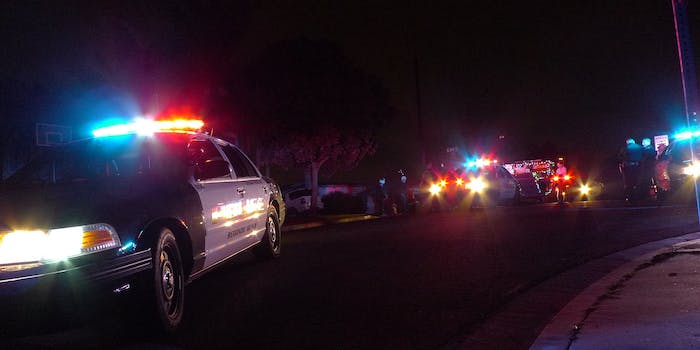 Six of the victims were children ranging in age from 3 months to 10 years.

Eight people are dead, including the gunman, after a mass shooting in Bell, Fla., The Gainesville Sun is reporting.

In a press conference, the Gilchrist County Sheriff’s Office confirmed that 51-year-old Don Charles Spirit, who allegedly has a criminal history, shot his daughter, Sarah Spirit, and her six children. The children killed ranged in age from 3 months to 10 years.

The sheriff confirmed that police spoke to Spirit after he called 911, but they believe that Spirit killed himself after deputies arrived at his house.

Police made contact with Bell shooter before killing himself. 8 people confirmed dead. #BellShooting

According to police, Gilchrist County deputies responded to an incident in Bell at approximately 4pm Thursday and told residents that citizens weren’t in danger.

From the scene: A Gilchrist Deputy keeps people from going down NW 29th Terr. #BellShooting http://t.co/NYxvTUTTdu

#BellShooting: Gilchrist Sheriff’s Office confirms that a grandfather killed his daughter and his six grandchildren in #Bell

The Sheriff’s Office asked for citizens’ thoughts and prayers and explained that they had never dealt with anything like this before. That sentiment was echoed among residents.

Bell resident just told me, “things like this don’t happen here. This is the kind of town where people leave doors unlocked.” #BellShooting

This is horrible news coming out of Bell. #BellShooting

Update 9/18/14 8:04pm CT: A 2003 Orlando Sentinel report confirmed Spirit was convicted for felony possession of marijuana in 1998 and took a plea bargain for three years in prison after his son, Kyle, died in a shooting accident. According to Florida law, it is illegal for felons to own firearms.

H/T The Gainseville Sun | Photo via dogulove/Flickr (CC BY 2.0)