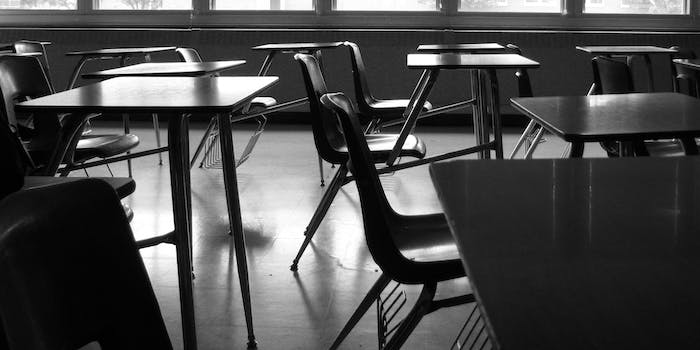 Terrified students tweet from inside the Marysville school shooting

At least four people have been shot.

A gunman has targeted a school in Marysville, Wa., located just north of Seattle.

Police responded to a call at Marysville-Pilchuck High School of shots fired within the campus. Local news station KOIN reported ambulances were on scene and reported the shooting began at around 10:45 a.m.

CBS News reports that at least three patients have arrived at a nearby hospital with gunshot wounds. One reportedly has an injury to the head.

According to reporters, the suspected shooter is apparently dead from a self-inflicted wound. Some students tweeted in horror from the situation, reporting that the shooter may have been in the high school’s cafeteria.

To add to the horror, Marysville students tweeted out directions to fellow students about how to stay safe in the school. The tweets appear to have been posted as the shooting was happening, or in the immediate aftermath.

DONT GO TOWARDS THE CAFETERIA

EVERYONE GET INSIDE A SAFE PLACE

I never wanna see that again ever

So glad I didn’t get shot… I was like a table away! Thank god 🙏

Update 12:22pm PT, 10.24.14: Police have confirmed that the shooter has died, and that only one gunman targeted the school.

JUST IN: Police: Wa. school shooter is dead; confident there was only 1 shooter – https://t.co/roZUecKyg0 pic.twitter.com/LO3lPudFTm

This story is developing. We will update with confirmed details as they come.