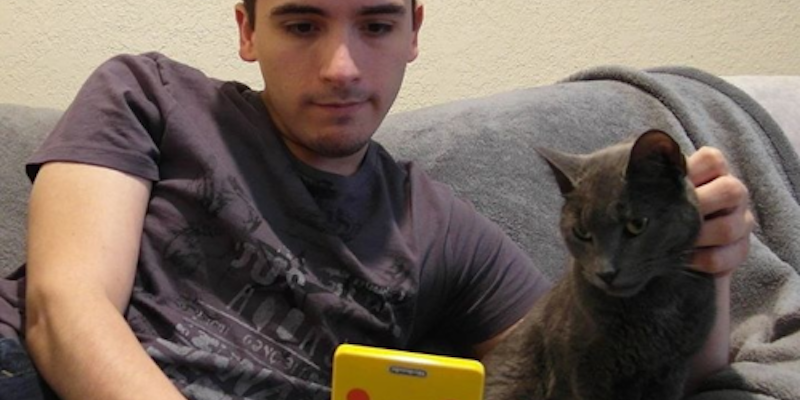 The feline inspiration behind one of the most beloved memes of all time has died.

“Even with the medical treatment he received he still deteriorated quickly. I’ve been force feeding him and keeping him warm for three days,” Torres tweeted Thursday night. “For a while today it looked like he was getting better, but unfortunately, at around 9pm tonight he got convulsions and passed on my arms. I will really miss Marty. He was seriously just the coolest cat ever. I just couldn’t save him.”

Over the last year and half the Nyan cat has become an international phenomenon, largely thanks to a YouTube video from saraj00n which combined the animation with a version of daniwell’s song “Nyanyanyanyanyanyanya!”

Since then, the cat has been featured in commercials and video games, and won the Webby Awards’ Best Meme of the Year. Despite all the accolades, Torres was most proud of the joy the animation has brought to people and the clever remixes people have made.

“I never meant it to be anything more than that. However, it’s evolved into its own subculture now, with people dressing up as Nyan Cat, making cakes, parades, and thousands of remixes and spinoffs. It’s been an incredible experience and it makes me very happy that so many people around the world enjoy Nyan Cat, and enjoy it for years to come,” Torres told the Daily Dot on the Nyan Cat’s first birthday.

In remembrance of Marty, Torres posted a somber animation on Nyan.cat, the official home of the animation.

On Twitter, thousands of people have shared kind words about Marty and Torres.

“I’m so sorry. :-( This was my friend Eric’s tribute to the wonder of Marty/Nyan cat,” tweeted @photognome along with a photo of a van painted like the cat.