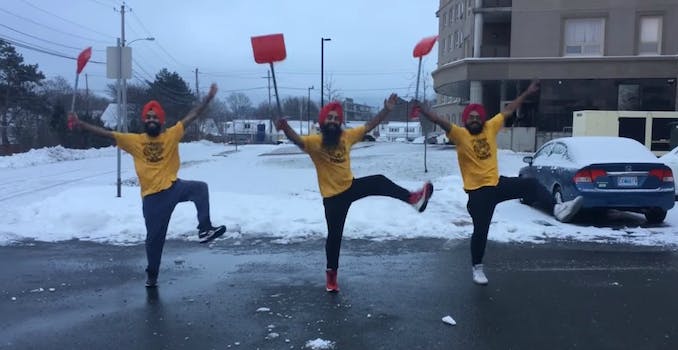 When it’s freezing outside and you’re finally finished shoveling the snow, there’s only one thing left to do: Dance to your heart’s content.

That’s what this dancing trio—the Maritime Bhangra Group from Nova Scotia, Canada—believes, anyway. And it’s hard to disagree, especially when you see the joy the group provides while doing bhangra, a blend of traditional Indian music and Western pop.

See, no matter what anybody says, shoveling snow can be loads of fun if you’ve got some buddies and a choreographed dance routine ready to go.