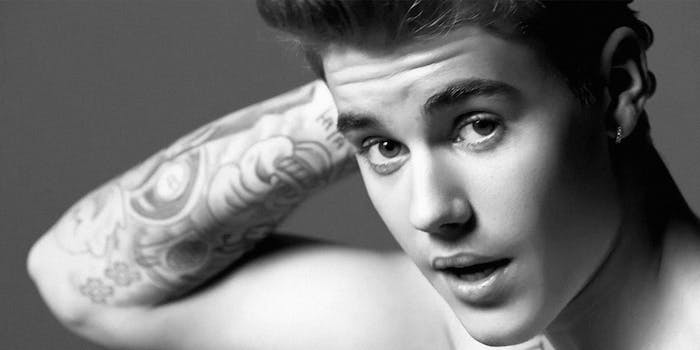 Why are we cool with nude photos of men—even while we slut-shame women?

In an apparent technological hiccup, designer Marc Jacobs posted a pic of his butt on Instagram last week. The 52-year-old accidentally posted the nude after intending to send it privately to one lucky Instagrammer. The caption read, “It’s yours to try!” It’s not hard to imagine what Jacobs’ intent was with the photo. Jacobs’ nude quickly went viral—where it will live forever on the Internet in screencap form—and not 24 hours later, he dismissed the slip with a casual “so what?”

“Yeah, I accidentally posted a pic of my bare ass and took it down,” Jacobs said. “I was flirting with someone I met on Instagram. Meant to send it by DM. Oops, my mistake. I apologize to anyone it offended. I’m a gay man. I flirt and chat with guys online sometimes. BIG DEAL!”

It’s encouraging that the Internet’s response to Jacobs’ hiccup wasn’t homophobic; in a different time, the narrative would have been one of outrage and disgust. Many of the comments underneath his explanation for the SNAFU shrugged it off. “No shame in your game, if you got it, flaunt it,” one user wrote. Other Instagrammers praised his derriere: “Absolutely stunning.” Another follower even tried to pick him up: “DM me, Mr. Jacobs.”

The media response likewise outlets reported on the risqué photo with little or no actual condemnation. This is not usually the case, as public outcry often follows celebrity nude leaks—at least, when the subject is a woman. Jacobs, however, is blessed with the privilege of being able to be seen naked without our opinion of him changing, and he’s not the only man whose nude photos have left him relatively unscathed. Recently, Justin Bieber decided to air it all out by posting an Instagram photo showcasing his bare butt. The Instagram photo has stayed up, despite Instagram’s crackdown on female nudity on the social media platform.

Elsewhere on Instagram, model Chrissy Teigen uploaded a photo of her husband, John Legend, who posed from behind in the nude, a post that likewise has yet to be removed. While Teigen was proving a point by calling out the double standards for men and women on the service, the Internet further proved it for her, with Page Six praising her “hottie husband.” Billboard even framed it as a response to Bieber and a battle of the butts. “Whose butt pic is best?” the outlet asked. (Legend won by a hefty margin.)

Compare these reactions to the rampant slut-shaming of Amber Rose, who frequently posts scantily clad photos of herself to her own account, or the hint of scandal when nudes of Alison Pill, Vanessa Hudgens, and Scarlett Johansson ended up on the Internet. Women in Hollywood aren’t lucky enough to be able to say “Oops!”

In August of 2014, over a hundred celebrities—including Jennifer Lawrence, Kate Upton, and Mary Elizabeth Winstead— had nude photos of themselves leaked after a large cyberhack, with the women widely criticized for even taking the photos in the first place. In 2014, comedian Ricky Gervais tweeted in response to the leak, “Celebrities, make it harder for hackers to get nude pics of you from your computer by not putting nude pics of yourself on your computer.” The New York Times’ Nick Bilton had a similar take: “Put together a list of tips for celebs after latest leaks: 1. Don’t take nude selfies 2. Don’t take nude selfies 3. Don’t take nude selfies.”

Despite the fact these photos were sent between consensual partners, and were released without consent, these women weren’t viewed as the victims of a sex crime. Critics argued they had it coming. As Girls creator Lena Dunham correctly argued, “The ‘don’t take naked pics if you don’t want them online’ argument is the ‘she was wearing a short skirt’ of the web.”

In an interview with Vanity Fair, Jennifer Lawrence called out such thinking for what it was: blatant sexism. “Just because I’m a public figure, just because I’m an actress, does not mean that I asked for this,” Lawrence said. “It does not mean that it comes with the territory. It’s my body, and it should be my choice, and the fact that it is not my choice is absolutely disgusting. I can’t believe that we even live in that kind of world.”

Despite the fact these photos were sent between consensual partners, and were released without consent, these women weren’t viewed as the victims of a sex crime.

Consent doesn’t just matter when sexual acts are between people in the same room, it also matters when such interactions take place in a virtual space. As technology has redefined how we express our sexuality, consent is just as important on the Internet as it would be in person.

While men like Marc Jacobs can have their photos shared across the Internet without the fear that it will do sufficient damage to their lives, the difference is that women are already treated as sexual objects for who exist for public consumption—even while we criticize them for it. After Caitlyn Jenner came out as transgender in an interview with Diane Sawyer, John Stewart welcomed the one-time Olympian to the world women live in. Even as the Internet debated about how “fuckable” Jenner was—echoing a recent Amy Schumer skit—she was likewise shamed for the sexy spread. You just can’t win.

“I was so scared,” Jennifer Lawrence said of the reaction to her photos. “I didn’t know how this would affect my career.” That fear speaks profoundly to an ugly sexist double standard, one that rears it’s ugly when men are praised for owning their sexuality while women are branded with a virtual scarlet “A.”

Eliel Cruz is a contributor at the Advocate, Religion News Service, and Mic writing on (bi)sexuality, gender, religion, and media. His favorite vegetable is peanut butter. You can find Eliel on Facebook, Twitter, and YouTube.