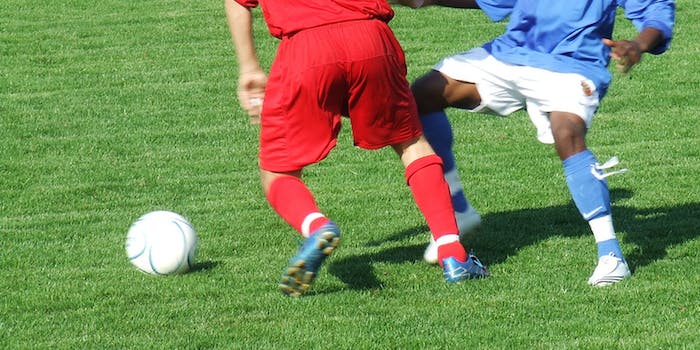 Grandma loses it when tricked into thinking her soccer team scored

Tempers run high with a championship on the line.

When I think of U.K. soccer hooligans, I picture hard-looking blokes urinating in public, headbutting one another, and opening beer bottles with their snaggly teeth. But this stereotype will need some revision now that I’ve seen an elderly Manchester City fan go off on her own grandchildren for making it seem as though her team had scored early in a critical match.

Though just fifteen seconds long, the video of this simple prank and its aftermath encapsulates everything we love about family, sports, and the fine art of British swearing:

The good news for granny? Manchester City did go on to win the Premier League trophy by shutting out West Ham 2-0. She probably had some nicer things to yell about that.