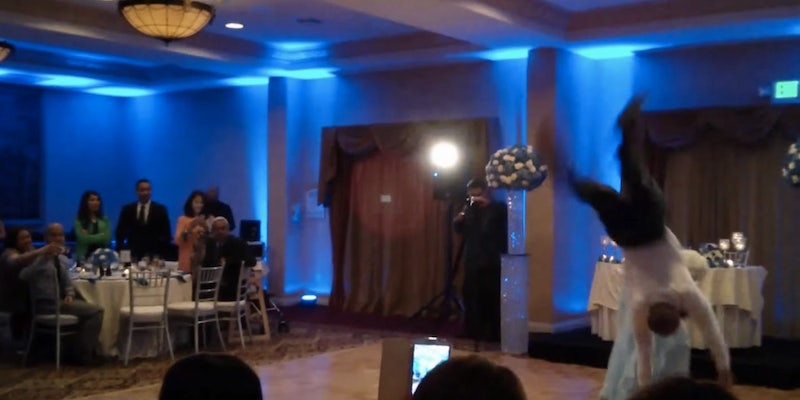 There’s the right to enter a wedding and then there’s what this guy did.

In a YouTube video from Mike Lee, one groomsman’s elaborately planned entrance at the reception didn’t go so well. Strutting out onto the dance floor with one of the bridesmaids, the dude decides to impress everyone with a series of flips. While it looks like he’s going to totally nail being the coolest guy at the party, instead he just nails his foot right into the bridesmaid.

While it looks like it couldn’t have gone much worse, the bridesmaid at least is able to eventually get up—even if that flower arrangement looks to have fallen onto her as well.