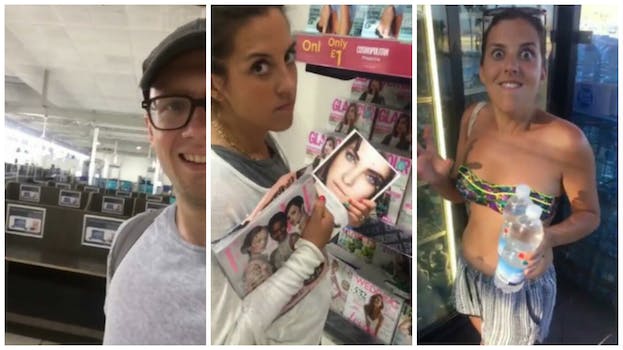 If at first a joke doesn’t succeed, try, try again. And try some more. In fact, try every time you get the chance on a vacation with your girlfriend and watch her frustration and agitation grow. Try so hard that the joke, which is a terrible joke to begin with, eventually makes you laugh.

That is the summary of the video you’ll watch below. It features a couple on vacation, and the unfortunate girlfriend has to listen to a variation of the same joke over and over.

And much like the poor woman in this Ikea video, this bloke’s girlfriend has had enough. And in part, it’s her facial reactions to the man’s puns that make this video all it can be.

Pity Camille for having to put up with James’ terrible jokes throughout their vacation. But give the man credit. He’s never going to stop trying, and some day, he’ll hopefully have the chance to produce some of the greatest dad jokes of all time.