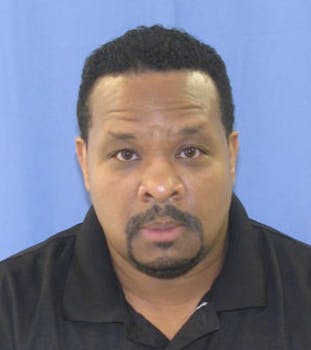 A 49-year-old man in North Philadelphia is in jail on a $1 million bond for trying to stab his wife to death after learning that she'd liked something on Facebook that a third-party had posted.

A 49-year-old man in North Philadelphia is in jail on a $1 million bond for trying to stab his wife to death after learning that she’d liked something on Facebook that a third-party had posted.

Thomas Troy Young was arrested on March 10 for repeatedly stabbing his wife Carla Brown in the face and neck. According to court documents, the altercation came after Brown, 33, liked another person’s Facebook post.

Family members reported that the two had been fighting upstairs in their house on March 10 when Young left, saying that he needed to take his daughter back to her mother’s house. When Brown’s daughter went upstairs to check on her mother, the bedroom door was locked and the room was dark.

Brown’s daughter called local authorities, who unlocked the door at 12:39am to find Brown lying in a pool of blood. According to court records, she had stab wounds throughout her face and neck.

Brown was flown to the Hospital of the University of Pennsylvania and treated for serious injuries. While there, she said that, in addition to threatening her life, Young had also threatened to murder her kids in the house.

“If he was going to jail for one murder it didn’t matter to him if it was three or more,” she said.

Young turned himself in to authorities March 15. His trial is set for May 22.

This is hardly the first time that Facebook activity has led to domestic violence. Last July, for example, a Tennessee man was charged with domestic assault after he struck his wife for posting a picture of then-presidential candidate Mitt Romney on her Facebook profile.