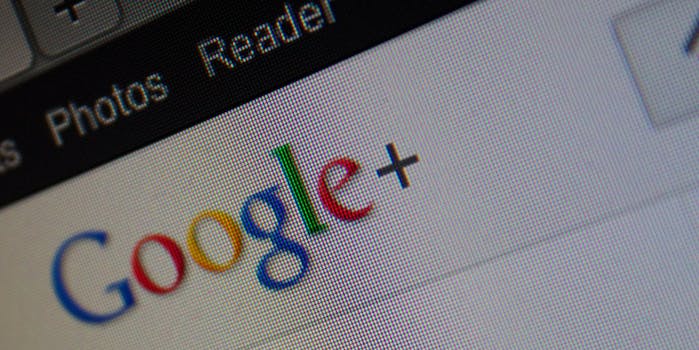 How a Google+ friend request landed a Massachusetts man in jail

He says Google robots did it, and he might be right.

In an incident lifted straight out of the Curb Your Enthusiasm playbook of “seemingly innocuous actions yielding disastrous consequences,” a Massachusetts man was recently arrested for committing what most would consider a minor social media faux pas: sending his ex-girlfriend a Google+ request.

According to the Salem News, Thomas Gagnon, 32, sent the offending invite to his ex-girlfriend last month, shortly after they broke up. The split was apparently less than amicable, as Gagnon’s ex-girlfriend filed a restraining order against him.

Upon receiving a Google+ notification that Gagnon wanted to add her to his circle, Gagnon’s ex-girlfriend went down to the police station with a copy of the invite, informing cops that he had violated his restraining order. Ninety minutes later, police showed up at Gagnon’s door with a warrant for his arrest.

For his part, Gagnon vehemently denies sending the Google + request. In a hearing for the restraining order violation, his attorney Neil Hourihan surmised that the invite had been automatically sent by a “robot” without Gagnon’s knowledge. Hournihan argued that unlike Facebook, Google+ generates invites for “anyone you’ve ever contacted,” rather than allowing the user to select who he wants to invite to his circle.

While Hournihan’s argument may at first seem rooted in the Twinkie defense school of litigation, it’s actually not wholly without merit: Google+ users have leveled similar complaints against the company, accusing Google+ of sending invites to their Gmail contacts without their explicit permission. As Fast Company’s Austin Carr points out, if someone joins Google+ and you’re in their Gmail contacts, you will automatically receive an invite to join their circle, which some have suggested is a sneaky way for Google+ to expand their user base without users’ knowledge.

It’s not clear what prompted the restraining order against Gagnon, so it’s difficult to say whether his “the Google bots made me do it” defense holds water, or if he’s just using an annoying social networking service as a weapon to terrorize his ex-girlfriend.

If it’s the former, it’ll be interesting to see how Google addresses the fact that one of their most griped-about design features landed a man in jail. If it’s the latter, Gagnon’s just a big ol’ creeper.

We’ll know for sure pretty soon — a hearing for the case is set for early February.