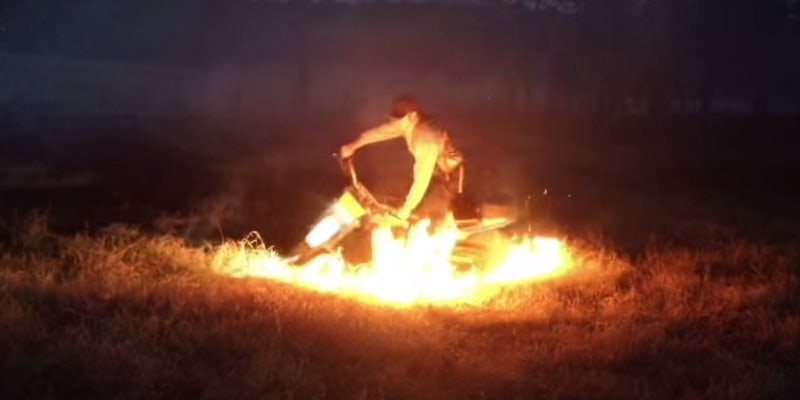 Incredibly, this isn't a scene from 'Mad Max'.

You know a video is going to be good when it begins with someone saying, “I guarantee I can put out that fire with this motorcycle.”

This video, showing a man riding a motorcycle through open flames, was uploaded by the appropriately named Uncle Mullet (you just know “Uncle Mullet” would be hanging out near motorcycle fire stunts).

As Uncle Mullet shows, the stunt does actually work. We’re amazed that this isn’t an officially sanctioned fire-safety technique.