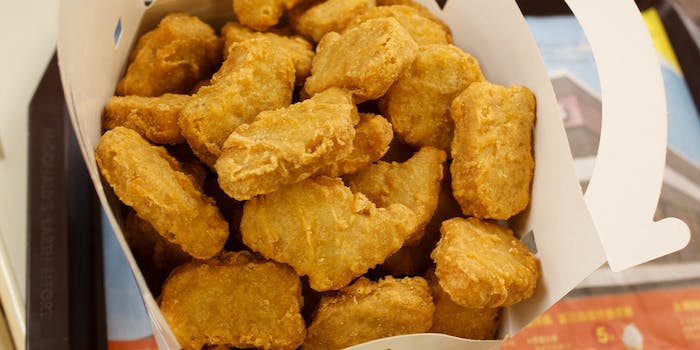 One Alabama man is 20 chicken nuggets richer thanks to the power of crowdfunding. 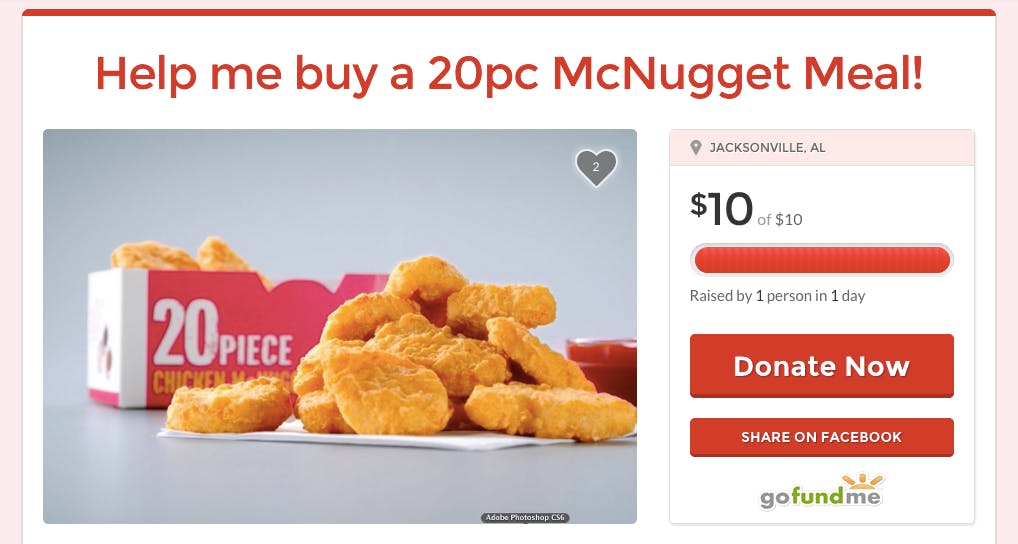 The nugget master wrote on the GoFundMe page, “Some people call me crazy. I just call them ‘chicken.’”

But it looks like Panik’s page was a little tongue-in-cheek: He has a dour view of some popular crowdfunding efforts.

Even if the quest for nuggets was meant to prove a point about the sad state that Kickstarters and GoFundMes are nowadays, Panik still got a free lunch out of it.