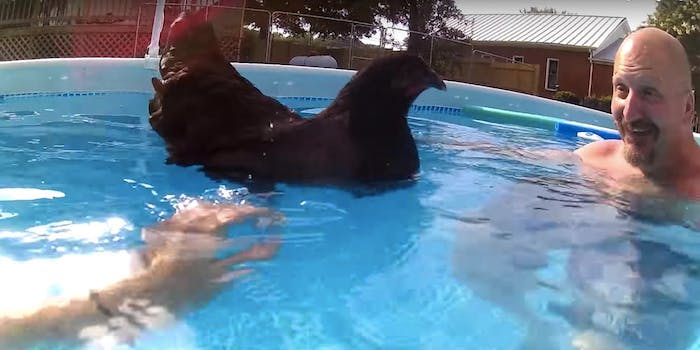 Man loses it when he finds out chickens float in water

His reaction is cluckin' hilarious.

While the question “what came first, the chicken or the egg?” is an inquiry as old as poultry itself, one man was more curious to find out whether or not the farm birds can swim.

YouTube user nothd70 and his daughter brought a hen into their pool to answer their question. Turns out chickens float. And while that’s a pretty fun revelation if you didn’t already know as much, this dude’s thrilled reaction is a cluckin’ hilarious.

Meanwhile, the chicken is majory chilling.