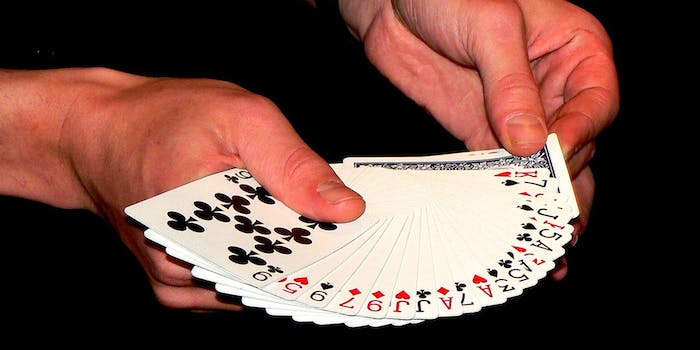 Magician uses a Rubik’s Cube to escape a speeding ticket

See, magic school does pay off.

When you’re a magician and you run afoul of the law, there’s only one way to escape unscathed: reach into your bag of tricks.

Magician Steven Brundage uploaded this video to YouTube documenting what happened after he was pulled over in New York City for going 42MPH in a 30MPH zone. Once the police officer spotted Brundage’s deck of cards, he inquired as to their purpose. That’s when the magic began.

The whole scene was very reminiscent of a similar episode in the 1993 political comedy Dave, when Kevin Kline and Sigourney Weaver were pulled over by D.C. police.

Brundage’s video is proof that a few well-executed magic tricks can get you out of most mundane problems. It’s also the ultimate example of #crimingwhilewhite.