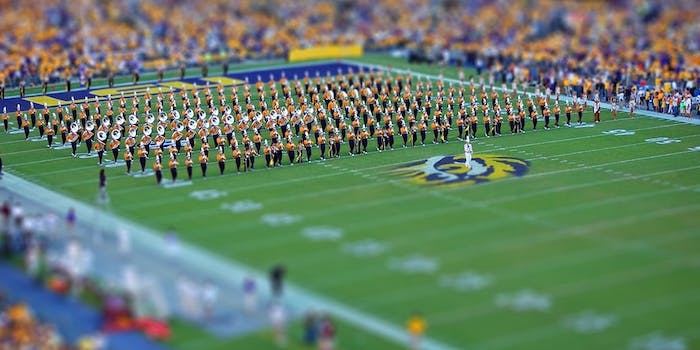 LSU’s cutest couple falls down the bleachers while making out

Thanks to one LSU student’s keen eye and ready smartphone camera, the world gets to revel in the pitfalls of one of Cajun country’s cutest couples. Somewhere in the bleacher seats Saturday night, a twosome of underdogs took a big spill mid-canoodle and fell on top of some Tiger fans.

It proved the roughest possession any Louisiana State fan would endure all evening.