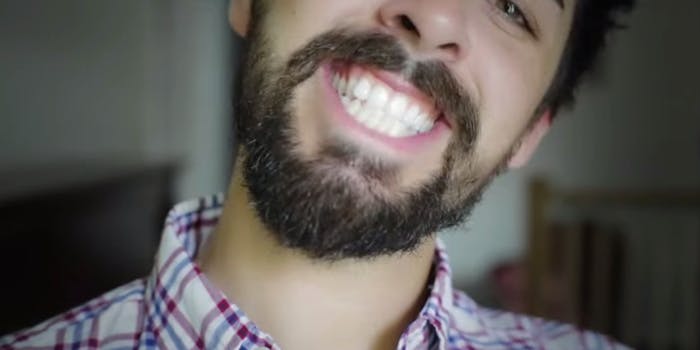 A man and his dog have nothing on this bond of follicle proportions.

It’s a story that many men know well by now. Man wants beard, man doesn’t shave, and his face is rewarded richly if he can get past the first few days of itchy stubble. Mitchell Reilly Pictures Creative Director Nick Mirka went on this journey, and what transpired in the course of two months is a silent yet hairy tale of true love.

You can tell just how much he loved his beard by how much he affectionately stroked it and took care of it, no matter how much of a nuisance it eventually became.

“I grew a beard until my wife proclaimed [its] robust awesomeness was overwhelming for her heart,” Mirka wrote in the description. “RIP Beard. You were loved.”