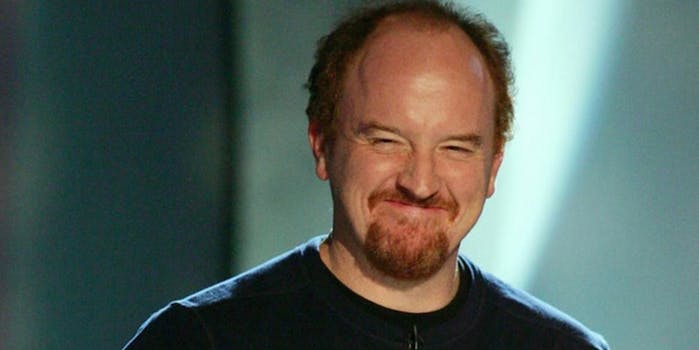 Louis C.K. wants to find the ‘sweet spot’ of fame

Louis C.K. has always been afforded the luxury of doing fame his way. Whether it’s selling his comedy special independently, breaking records on Reddit, or going the direct-to-customer route when selling tickets for his 2012 tour, the New York City comedian hasn’t had to think much about the perils of being known too well.

Perhaps that’s why he jumped on to The Late Show With David Letterman last night to explain the type of fame he actually hopes to achieve in life.

“I’m not trying to get as famous as possible,” he said. “I’m trying to reach a sweet spot. When you start growing in fame, it’s because more and more people like you. And only people who like you are aware of you. But then you start getting your face on buses and stuff; now people who hate you know who you are. The hate quotient starts to grow a lot. That’s what I’m trying to be aware of.”

Right, but what if they’re both the same thing?