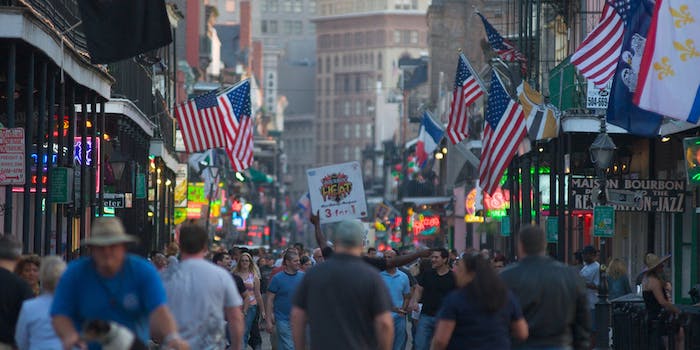 You can have your iPhone back, but first a walking tour.

When Jenny Roberts Dodge lost her iPhone during the St. Patrick’s Day parade in New Orleans, she immediately tracked it down using the locator app Find My Friends. Her device fortunately didn’t wind up in a storm drain or at a pawn shop; instead, it was found by a mysterious—and extremely drunk—stranger.

And that stranger left a little trail for Dodge to enjoy, one she has now shared with the world on YouTube.

Prior to dropping the phone off at a local bar for Dodge to retrieve, the stranger activated the video camera and took the iPhone on a 5-part tour of New Orleans. Drunkenly wandering the streets, the stranger monologued as he passed various buildings.

He provides rambling commentary on everything from a former cult book shop to a recently-opened Walgreen’s. During the videos, the stranger never reveals his name, but he does mention that he’s 32 years old.

While the stranger’s generosity should be appreciated, let’s hope he learns about the sins of vertical screen mode before his next outing.