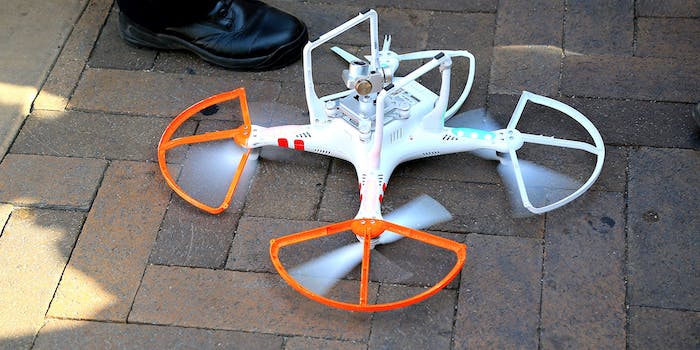 This is a tale of a man, his drone, and a modern day good Samaritan.

Redditor kwagmirewagner was on his way out the door to get his kids to school when he noticed a drone had crashed on his front lawn. He recovered the craft, put it in his garage, and wrote up a sassy little Craigslist ad, “thinking that it would be far better to be humorous at someone else’s expense than to simply find the owner.” 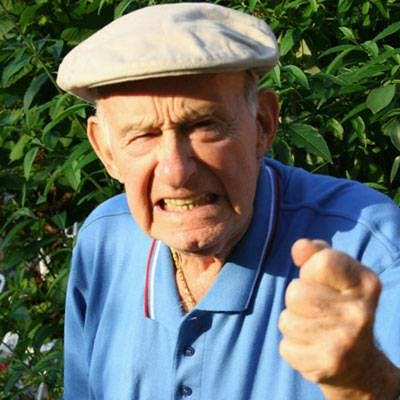 Did you see or not see your quadcopter fly off into the sunset near Memorial Park never to return to your loving embrace? Did you embarrass yourself by weeping not so silently and then sadly wetting your self just enough to have it soak through? It’s ok. I understand. These things happen. Or at least I saw other lesser men do such feeble things when I was fighting Nazis back in dubya dubya two, you pantywaste!

I bet you want your drone back but the problem is that dirty bastard landed on my lawn and you see, my lawn has some conditions:

If you can tell me when it made its successful escape and describe the drone in detail you will pass the first of many challenging tests. Should you advance to stage two, you will be asked to show up with a charged battery, the controller and to spin the rotors to show you have the matching frequency thus confirming your ownership. For the final stage you will be asked to sit in a large tub filled with ice water for 25 minutes while knitting a scarf and singing It’s a long way to Tipperary. Pass these tests and once again you will experience the delight of caressing, nay, grasping this mighty quadcopter in the inarticulate ham-hands which allowed it to escape and would have lost us the war had it been left to the likes of you.

I will hawk this sweet thingymabob to the highest bidder. Better yet, with your contact email in hand, I will set fire to this quad-bladed monstrosity and take a great many pics which will then be forwarded to you and posted on the Facebooks alongside a picture of you weeping and wetting yourself once more. For I have no time nor desire to engage in yet one more expensive hobby such as drones/multis/quads or whatever you younguns are calling it. I TOLD YOU DAMNED KIDS TO STAY OFF MY LAWN! STAY OFF MY LAWN!!!

That trial by icy baptism sounds pretty dang daunting. Who would have ever responded? But kwagmirewagner further explained that the drone community is pretty small and news gets spread quite rapidly. He was first contacted not by the owner of the drone, but another drone enthusiast who let him know that the ad was making the rounds through various local drone message boards, supplying some good laughs for the remote-control robot aficionados.

Eventually the owner posted in the Facebook group BC FPV Society (a closed group for multirotor, planes, and helis fans in the British Columbia area). A mutual friend of the drone rescuer and worried drone father in the group let the poster know about the Craigslist ad, and voila, he contacted kwagmirewagner about getting his precious drone back. Then they took a selfie to commemorate the occasion. 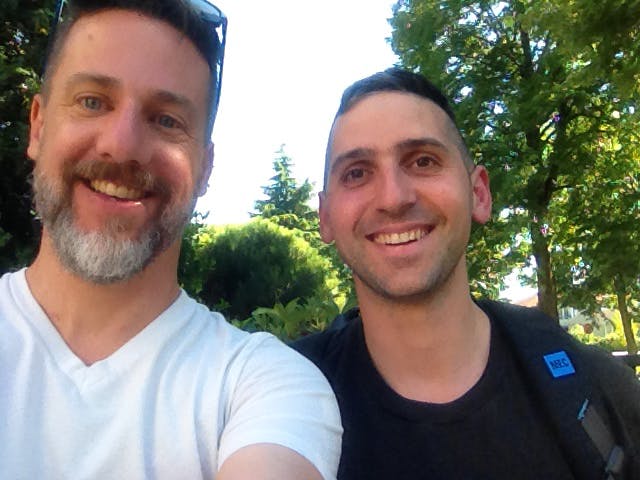 And everyone lived happily ever after, with their drones flying off into the sunset.

Photo via Bill Morrow/Flickr (CC BY 2.0)