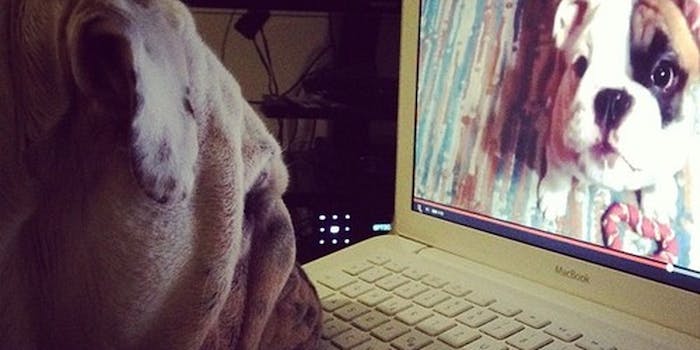 When Haldo the bulldog was assigned to a six-month post in Abu Dhabi for work, he was worried about the effect it would have on his then-new relationship with fellow dog Annabelle. Now 14 weeks into his assignment, things are going better than expected.

“It’s still really hard on both of them,” said Lachlan Tripp, a coworker at Haldo’s company. “But they’re also closer than they were at the start, if that makes sense.”

The two pups spend at least an hour each night using Google Hangouts to chat. Coordinating across timezones (Annabelle is in Denver, Colo.) can be difficult, but they have so far made it work.

When Haldo’s work assignment ends in a couple of months, they are planning to take a vacation together to the Dominican Republic.