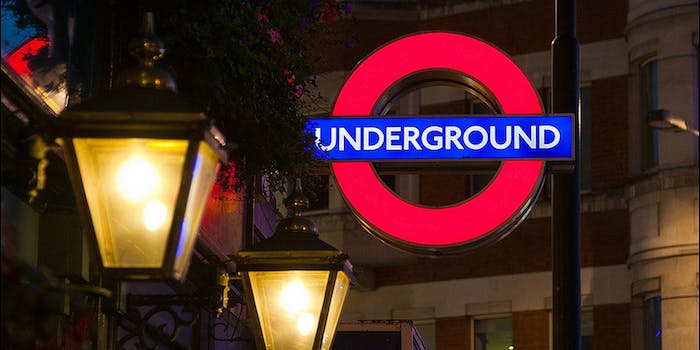 A man was arrested and formally cautioned after lying to police and tweeting about it.

The man from Essex, England, told British Transport Police (BTP) someone stole his wallet on a London Underground train, but tweeted soon after that he’d actually left it back at his hotel, according to London24. When it came time to exit the station, he told cops he’d been robbed two stops back.

He seems to have given a detailed description of the fake thief, as he warned any people of Asian origin wearing “a plain black hoody, chinos, white scuffed trainers” to change clothes.

A few hours after his tweets Monday, BTP arrested the 23-year-old on suspicion of perverting the course of justice and he was formally cautioned. A police spokesman said the man had wasted police time due to the false claim and “had the audacity to brag about it on social media.”

None of the reports about the man’s caution mentioned his name, though we believe we’ve found the individual at the heart of the case. The content of the tweets and the time frame matches the reports. It appears the man reported his forgotten wallet as stolen so he could get through the Underground’s barrier system.

Got to southwark tube and realised I left my wallet in the hotel. So I said I got robbed at bermondsey and gave a description. Got through 💪

If anyone out there is Asian wearing a plain black hoody, chinos, white scuffed trainers and short messy hair… I’d go home & get changed

@JamiePettitt25 let’s have it right, do you think if I said a white, well suited man with a briefcase nicked me wallet they’d believe me?

I’ve had British transport police on the blower twice haha

British transport police coming to see me at work 🙈