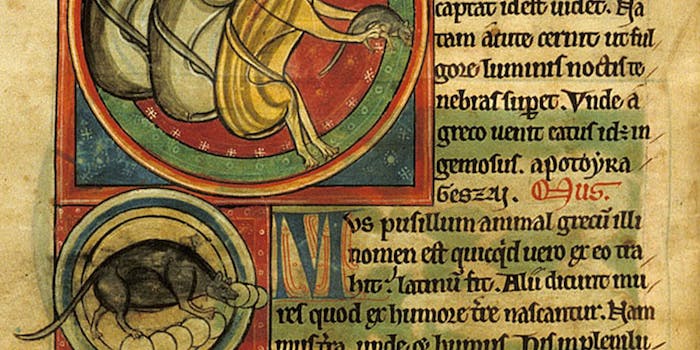 Do LOLcats date back to the Middle Ages?

That's the case philologist Nicole Eddy is trying to make. 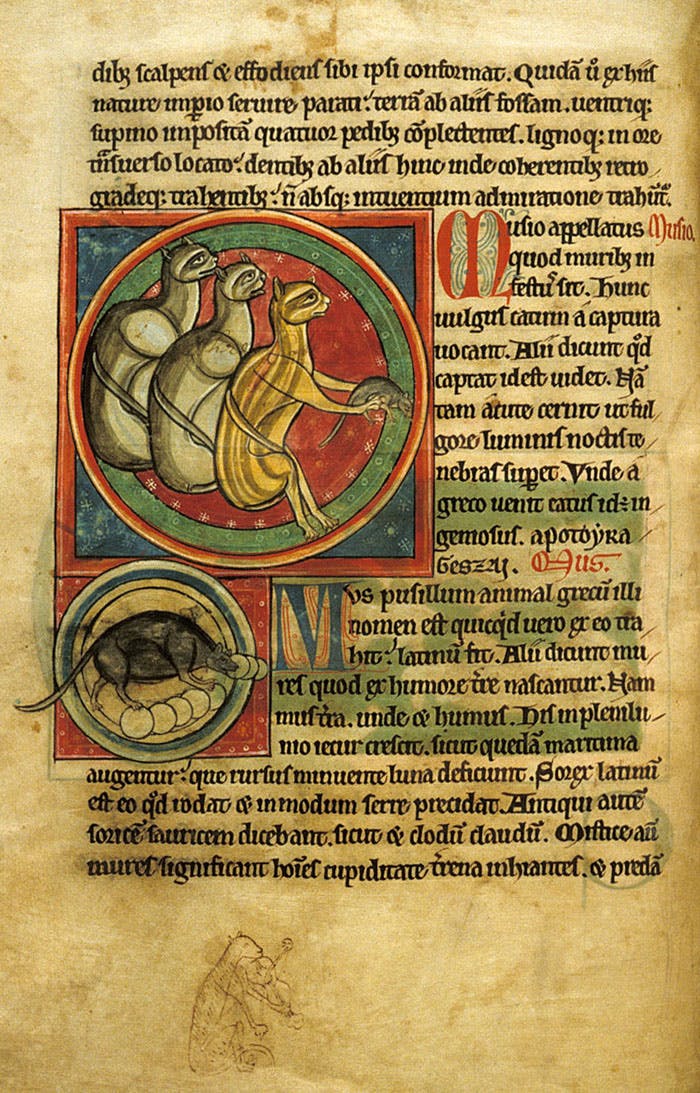 For I will consider my Cat Jeoffry.
For he is the servant of the Living God, duly and daily serving him.
For at the first glance of the glory of God in the East he worships in his way.
For is this done by wreathing his body seven times round with elegant quickness.
For then he leaps up to catch the musk, which is the blessing of God upon his prayer.
For he rolls upon prank to work it in.

Common wisdom states that the first LOLcats appeared on popular humor site I Can Haz Cheezburger. Not true, it turns out. Nor, for that matter, did they first turn their goofy faces to the world on the 4chan message board.

No, according to the tweed-coat cadre at the British Museum, hilarious pictures of cats matched up with text is nothing less than a European historical trend with roots in the Middle Ages.

On the British Museum’s Medieval and Earlier Manuscripts blog, kitty philologist Nicole Eddy has published the definitive examination of proto-LOLcats, “Lolcats of the Middle Ages.”

“The internet is considered by many to be a delivery-system for pictures of cats,” she wrote, “and it should be no surprise” that “cats were often shown in manuscript illumination.” And they were often shown in funny, witty, and weird ways. One example shows a cat that has caught a mouse being caught in turn by a dog. “No word on the current disposition of the house that Jack built.”

“The mouse was not always the loser in these exchanges,” Eddy points out. “especially in the imaginative realm of the marginal grotesque.  Sometimes you eat the mouse, the cat may have philosophized, and sometimes the mouse eats you.  The relationship between mice and cats, and the prospect of an organized mouse insurrection against the oppressor, was actively explored as a metaphor for human society.”

Cats often stand in for humans in the texts of the time and in the illustrations of those texts.

If LOLcats in their modern form are ridiculous, it may be their pedigree. Just one example of the ancient precursor to the modern will do. One frequently illustrated medieval story featuring the cat is that of Alexander the Great. Here, the ancient Macedonian king is drawn robed and crowned in a distinctly European style and, with a cat as a companion, exploring the world in a glass submarine. 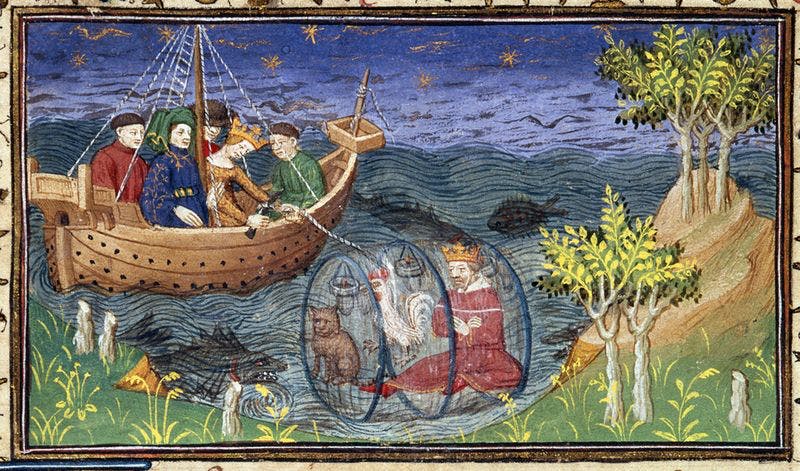 I can haz cuckoo bananas?

Photos from the British Museum