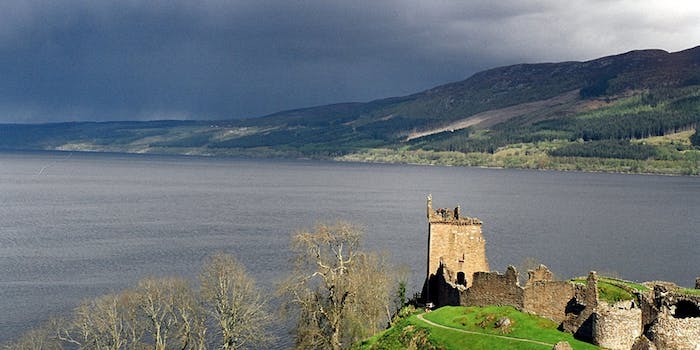 No, that’s not the Loch Ness monster on Apple Maps

Okay, we’ll grant that the new satellite images of Loch Ness make you do a double-take. The photos that astute monster-hunting fans have turned over to the Daily Mail show something that certainly looks like a giant lurking prehistoric sea creature.

But don’t go making plans for Megashark versus Nessie just yet.

The Official Loch Ness Monster Fan Club has a website that fittingly looks like it crawled out of an earlier century, but they’re ahead of the technological curve when it comes to monster-hunting. Two different members of the club had the bright idea to trawl web-based satellite imagery to see if they could spot the monster. One, a 26-year-old charity worker named Andrew Dixon, told the Daily Mail that he stumbled across the images by accident.

The image clearly shows what looks to be a lurking giant creature swiming just below the surface of the water: 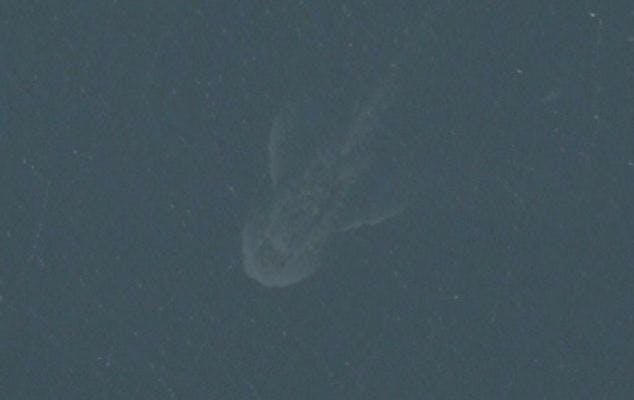 There’s just one problem: That’s obviously a boat churning up the water. You can even see the rectangular outline of the boat, complete with fore and aft sterns, visible in the image, with the water forming a typical wake pattern around it.

The Fan Club’s president, Gary Campbell, attempted to address this issue: “It looks like a boat wake, but the boat is missing. You can see some boats moored at the shore, but there isn’t one here. We’ve shown it to boat experts and they don’t know what it is.”

If they’d shown it to the Internet, citizens of the Web probably would have pointed out the obvious: Apple, like Google maps and other publicly available satellite imaging services, will delete personally identifying info and blur out images as necessary, which is clearly what happened here. But the Internet went even further: after the popular science and skeptics blog Southern Fried Science debunked the image, commenters at Sploid found the boat traveling across the lake. Then user DaveWood111 gave us the whole thing in GIF format:

This isn’t the first time eager paranormal and fringe fans have seized upon modern technology to aid them in their claims of paranormal discoveries. Two years ago, Atlantis was briefly discovered—and then lost again—after a Google maps upgrade. (If you’re looking for Westeros, however, you’re in luck.)

Though obviously invested in identifying Nessie, the Loch Ness Monster Fan Club doesn’t seem to be that interested in capturing her. In 2001, they gleefully teamed up with a real live White Witch, Kevin Carlyon, when a Swedish monster hunter named Jan Sundberg announced plans to trawl the lake with a giant Nessie-sized net. Carlyon and the fan club president crashed the press conference and the white witch cast an elaborate spell designed to ensure Nessie’s escape.

Looks like the spell worked. Nessie has evaded us yet again.