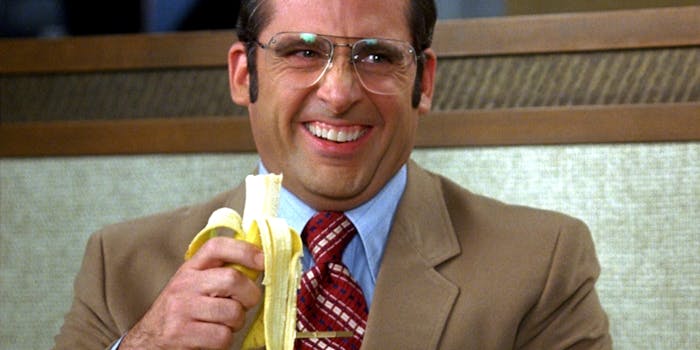 News anchor gets tricked into saying a line from ‘Anchorman’

Do you really love lamp?

For all their skills of speech and wordplay, news anchors are still beholden to the almighty teleprompter, as NBC26’s Brian Niznansky learned when he found himself reciting a famous Anchorman movie quote without even realizing it.

If you’ve not seen the popular comedy starring Will Ferrell, let me get you up to speed: In the film, there’s a rumor in the newsroom that Ferrell’s character, Ron Burgundy, will say anything that shows up on the teleprompter. This weakness is used to incite anger towards him during the course of the plot. NBC26 staff decided to try the same thing on their fellow newsman, but luckily for Niznansky, he was only tricked into reciting a well-known movie quote, also from Anchorman.

His co-anchor clearly knew the setup was coming, and she thoroughly enjoys every second of it. The trick was pulled off flawlessly, and Niznansky will undoubtedly be sure to preview all the news scripts from now on.