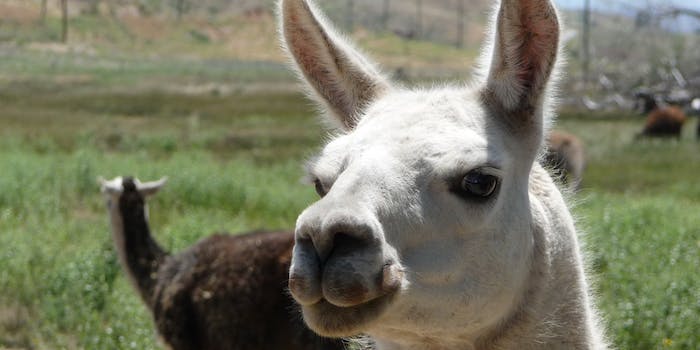 It's not every day you find farm animals in a parking lot.

What would you do if you found a llama and a goat wandering around in the middle of a snowy New York parking lot? If you’re Stephen Peterson, you would freak out and film it vertically before realizing at the last minute it should’ve been filmed horizontally the whole time.

You will likely never be as excited about anything the way Peterson is excited about his new farm animal friends. In the YouTube video description, Peterson explains was leaving work in Liverpool, N.Y., when he saw a goat in the parking lot. Then a llama “bum rushed” him from out of nowhere.

He follows the pair around the parking lot filming it and excitedly describing the entire scene. After a minute or so passes, he wonders whether he should call the cops. But as we’ve learned from Llama Watch 2015, the cops might not be able to wrangle the animals any better than Peterson could.