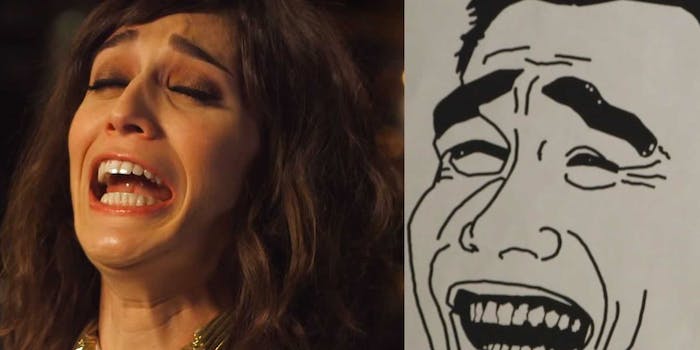 Lizzy Caplan brings rage faces to life like never before

Just when you thought you couldn't be more in love.

You already know what a gifted and funny actress Lizzy Caplan is from her starring turns in Party Down, Masters of Sex, and Successful Alcoholics. But did you know that she’s also produced some of the strangest and boldest IRL approximations of rage faces to date?

Caplan isn’t quite clear on what a “meme” is, as she reveals in an interview for comedian Paul F. Tompkin’s YouTube interview series Speakeasy—but that just makes her mimicry of old Internet chestnuts like “Y U No” and “Forever Alone” in this segment all the more spontaneous and pure.

We’d never agitate for a movie adaptation of ragetoons, but if such a project ever gets the green light, there’s one phone call the casting director is sure to make.

H/T Jezebel | Photo via Made Man/YouTube