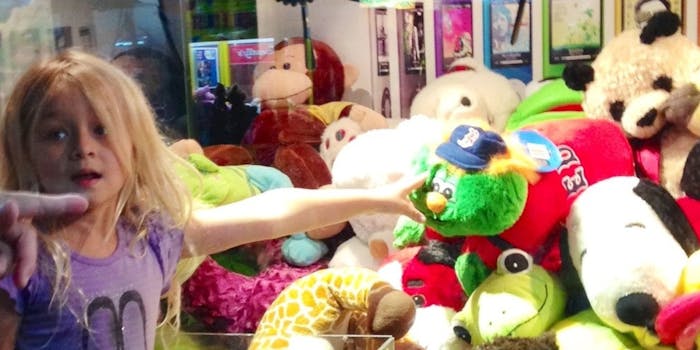 Visitors to this arcade got a very special treat from one enterprising kid.

We don’t often fall in love at first sight, but that’s because we don’t often meet true trailblazers in our travels.

You know, the kind of hero who sees your average arcade toy box and thinks: TOYS FOR ALL!

But that’s just what this enterprising kid from Fort Lauderdale did yesterday, when she finagled her way inside a claw machine and started handing out free toys to onlookers. 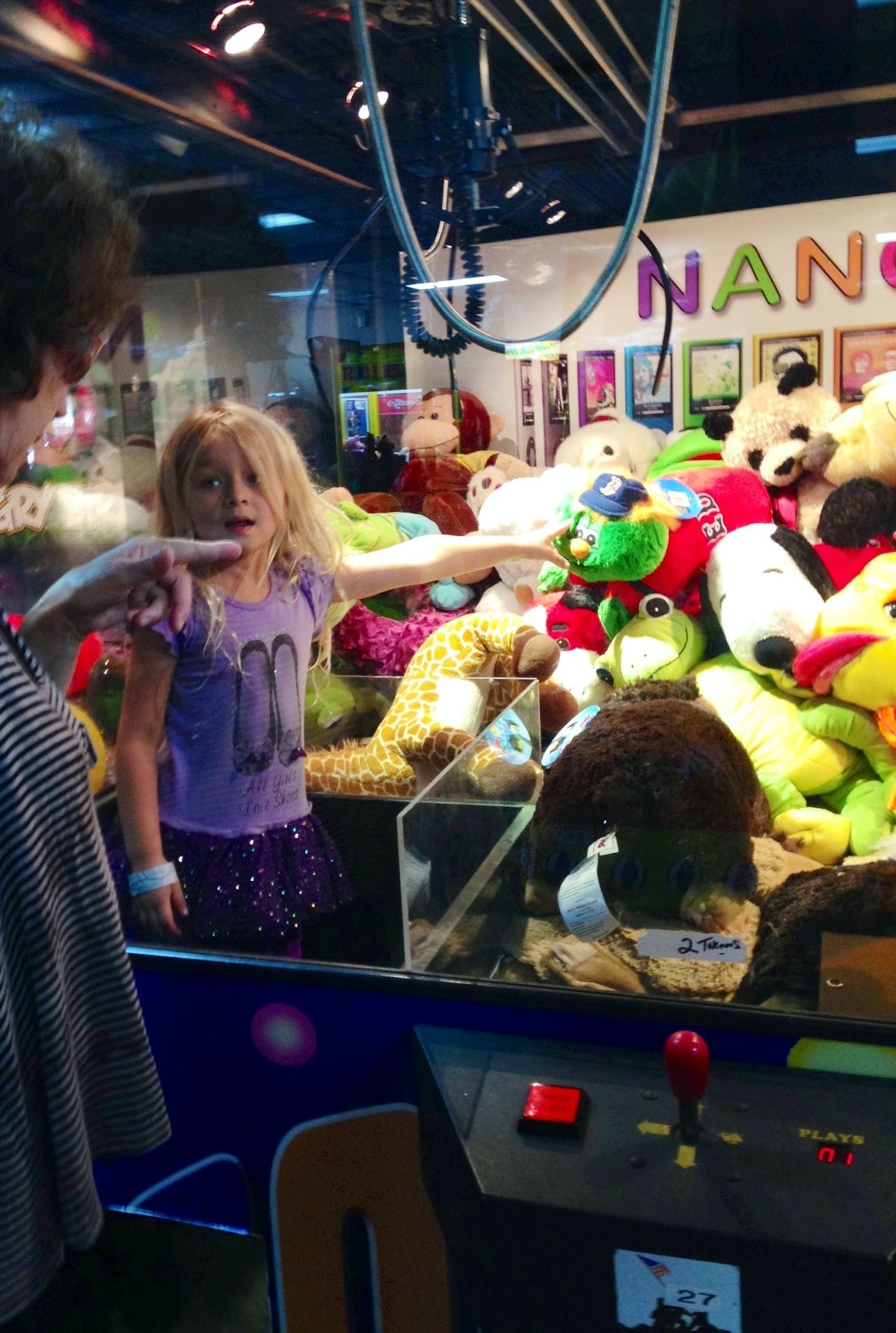 “I took this photo myself when I saw it happening today,” wrote Imgur user Palmbchgirl, who uploaded the photo to the site. “I couldn’t believe it!!”

Reddit quickly caught wind of the stunt. Although many redditors were quick to criticize the litle girl’s parents for enabling a budding kleptomaniac in action, most of the crowd hailed her as a modern-day Robin Hood. After all, arcade games like the claw machine are notoriously hard to defeat, and some are even rigged against the users.

Still, it’s probably not a good idea to let your child loose in a closed box that contains moving pieces of machinery. With all those toys, they could easily get lost, as one toddler did just last week. And as redditor smashbutt noted:

I could easily win that little girl. She is the high compared to the other toys and her head fits the claw perfectly. You think the engineers of this game would make it harder.

Yikes. Looks like the Claw has chosen who will go and who will stay. And while you should probably leave the claw machine, little girl, you can stay in all our hearts as our favorite pint-sized hero of the people.