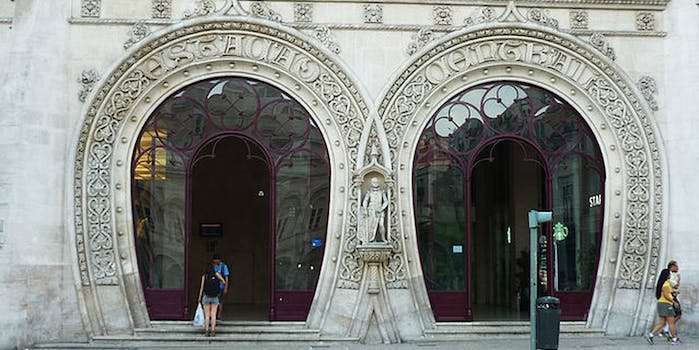 A mighty king has fallen in Lisbon. Some enterprising selfie-taker thought it would be a good idea to climb the fragile Dom Sebastiao statue at the Rossio train station. Spoiler alert: it wasn’t.

The ancient depiction of the young Sebastiao, who died in battle at 24, came toppling down shortly before midnight on Tuesday. The statue had a good run, living over five times as long as the actual 16th century ruler.

No one’s quite sure if dude got the selfie he wanted before royally destroying part of a 126-year-old landmark. The selfie slayer has been caught and is awaiting trial. Those who buy into the myth that Sebastiao may triumphantly lead Portugal once more are awaiting the legendary king’s return.

Smashing Sebastiao means that the suspect will either be haunted forever by a brutal combatant or that he’s just ushered in a new era of zombie politics and wealth. Viva Sebastiao indeed.