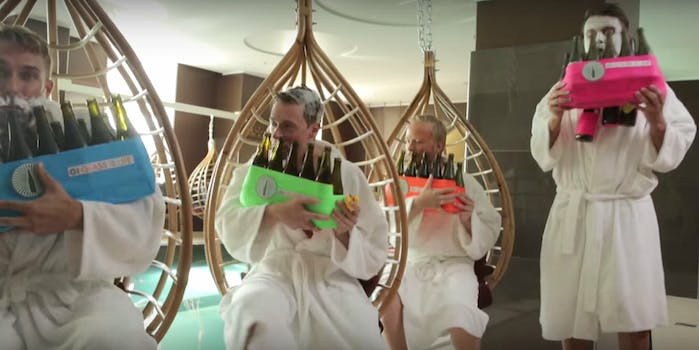 You've never heard a 'Lion King' cover quite like this before.

This is The Lion King as you’ve truly never heard it before: performed on glass bottles by a group of Danish men wearing bathrobes.

The Bottle Boys specialize in playing songs on glass bottles, and their latest video is the Disney classic “I Just Can’t Wait To Be King.” According to the video description, they decided to film it in the spa of a Hilton hotel in Copenhagen because it was a more “regal” setting.

It might not be the most obvious choice of location for a Lion King cover, but it certainly makes for a unique video.