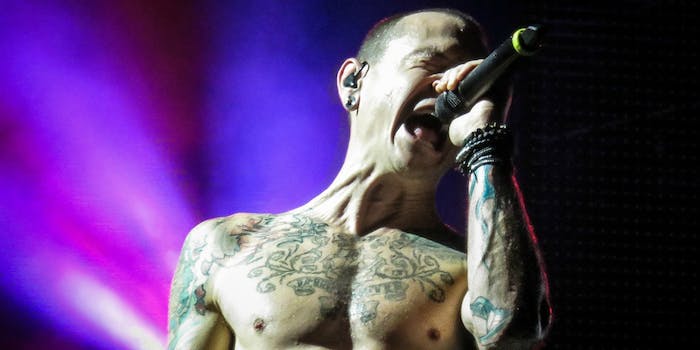 As Gary Sinise would say, in the end... it doesn't really matter.

Maybe you haven’t thought much about Linkin Park since the nu metal/rap-rock craze of the late 1990s and early 2000s went out of fashion, but despite the fact lead singer Chester Bennington fronted Stone Temple Pilots for a few years, the band is still very much alive, playing arenas and releasing albums.

Even if you haven’t been paying attention, many people still love the band, enough where this dude sang the group’s biggest single, “In the End,” in 20 different styles and where somebody else mashed up an entire Linkin Park album with Psy.

The latest person (or group of people) to show his or her (or their) true love is The Unusual Suspect channel on YouTube, which mashed up 183 movie characters to sing all the lyrics to “In the End.” As with most of these mashups, it’s a delight to watch, whether or not you care for the song or knew that the band was still together.