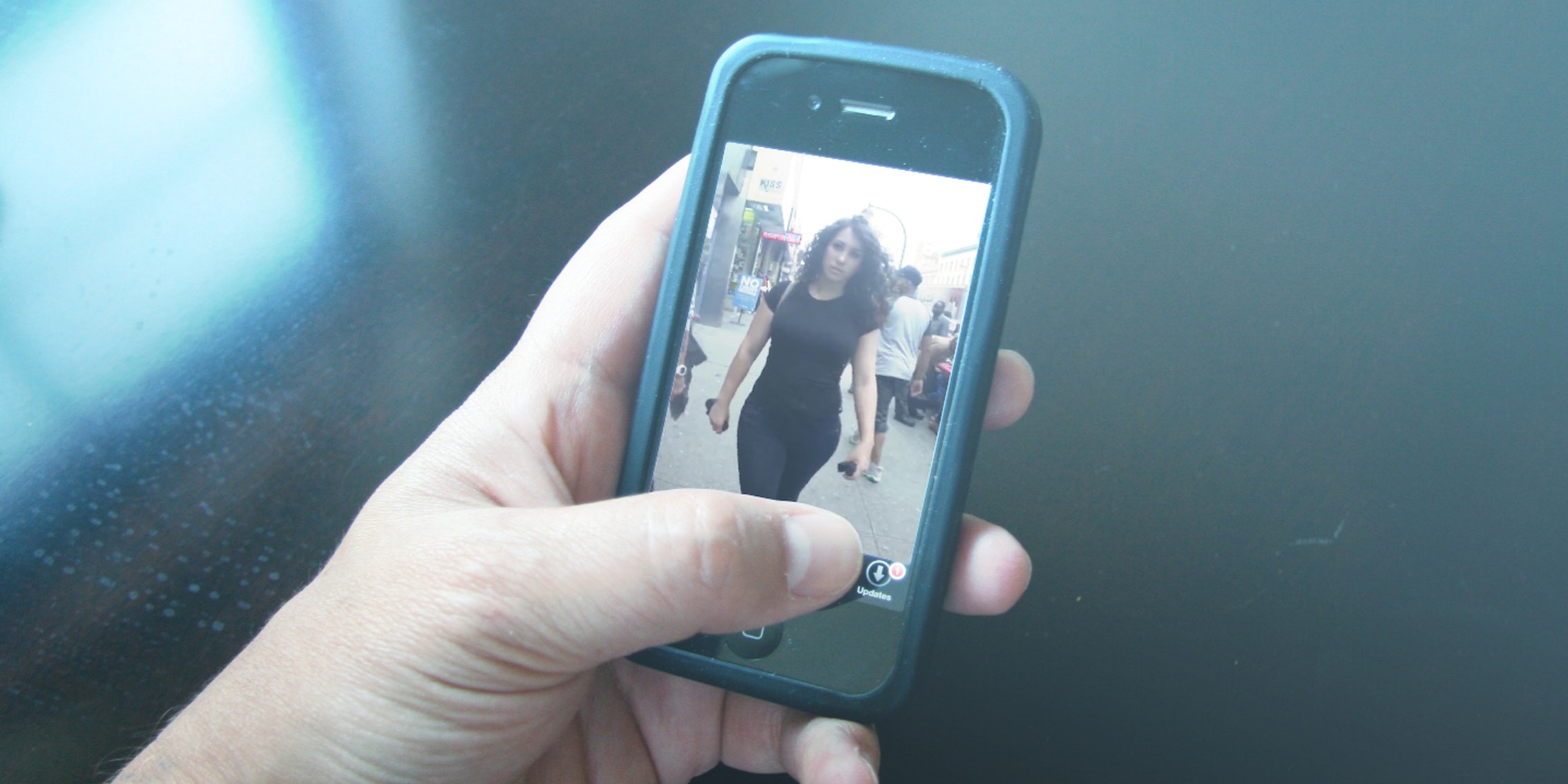 Why thousands of satisfied racists are sharing that viral catcalling video

“10 Hours of Walking in NYC as a Woman” is simply bad racial politics—and it exemplifies why “not all men” is so toxic.

As I type this, author and Shelley Duvall cosplayer Joyce Carol Oates is having an impressively vile white-lady Twitter meltdown over that ill-conceived Hollaback catcalling video currently being thinkpieced to (a well-deserved) death. 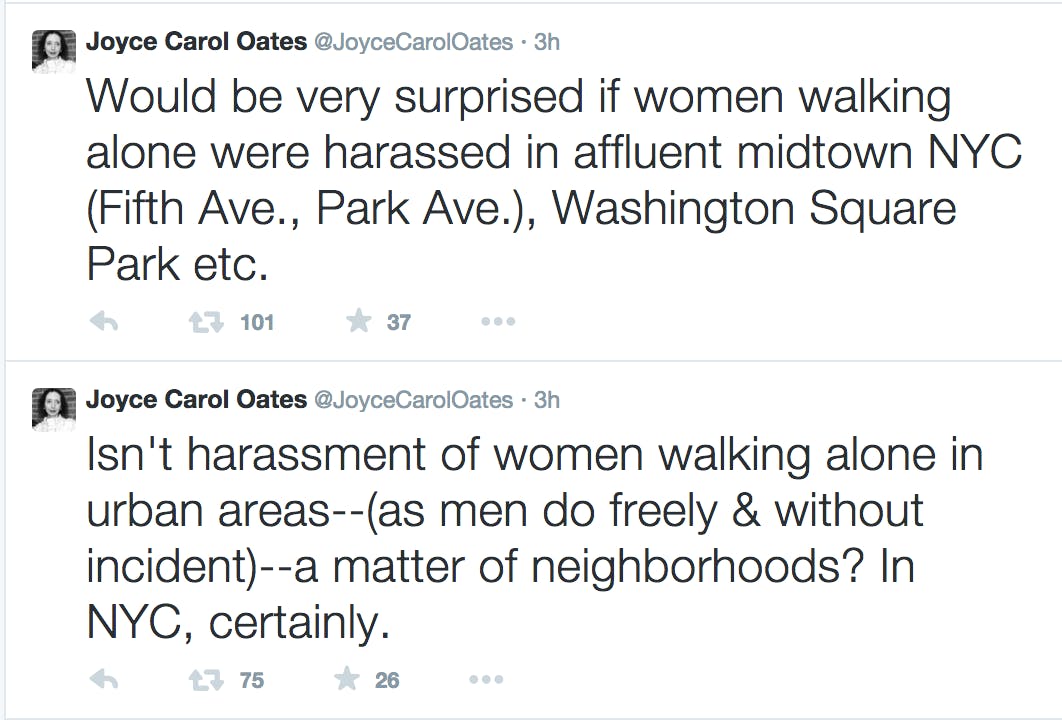 Alternate translation: “My name is Joyce Carol Oates and I’m a racist.”

Whatever her intention, Oates managed to distill, rather perfectly, the video’s fundamental problem. By placing such manipulative, specific, politicized constraints on the issue of street harassment—that is, the subject is a “nice” white or white-passing lady wearing the “right” clothes, and the catcallers depicted as almost exclusively men of color—it allows the bulk of the audience to divorce themselves from the problem.

Oh, street harassment isn’t about me. I’m a white businessman. Oh, I don’t have to do anything about her harassment. She was dressed like a slut. Not my world, not my life, not my problem.

I can’t express the outrageousness of this manipulation—which Slate confirmed yesterday was a deliberate editing choice by the director—as well as the great Ayesha A. Siddiqi already did, so please go read her entire Storify. Here’s a segment:

Or as Roxane Gay succinctly pointed out,

And I’ll tell you what, walk down the street in my small town, men of ALL races have something to say from their cars.

What I want to draw attention to is this: Whether or not the creators of the video intended to be racist and classist in their presentation—to suggest that men of color in less “affluent” neighborhoods are more dangerous to women, and the women in those neighborhoods in some ways deserve it—that is what they achieved.

That is what Joyce Carol Oates learned from that video.

That is the assumption that was just confirmed for thousands of satisfied racists.

That’s the bias that lots and lots of viewers, men and women, will now take out into the world to either absolve themselves of blame or use to demonize others. 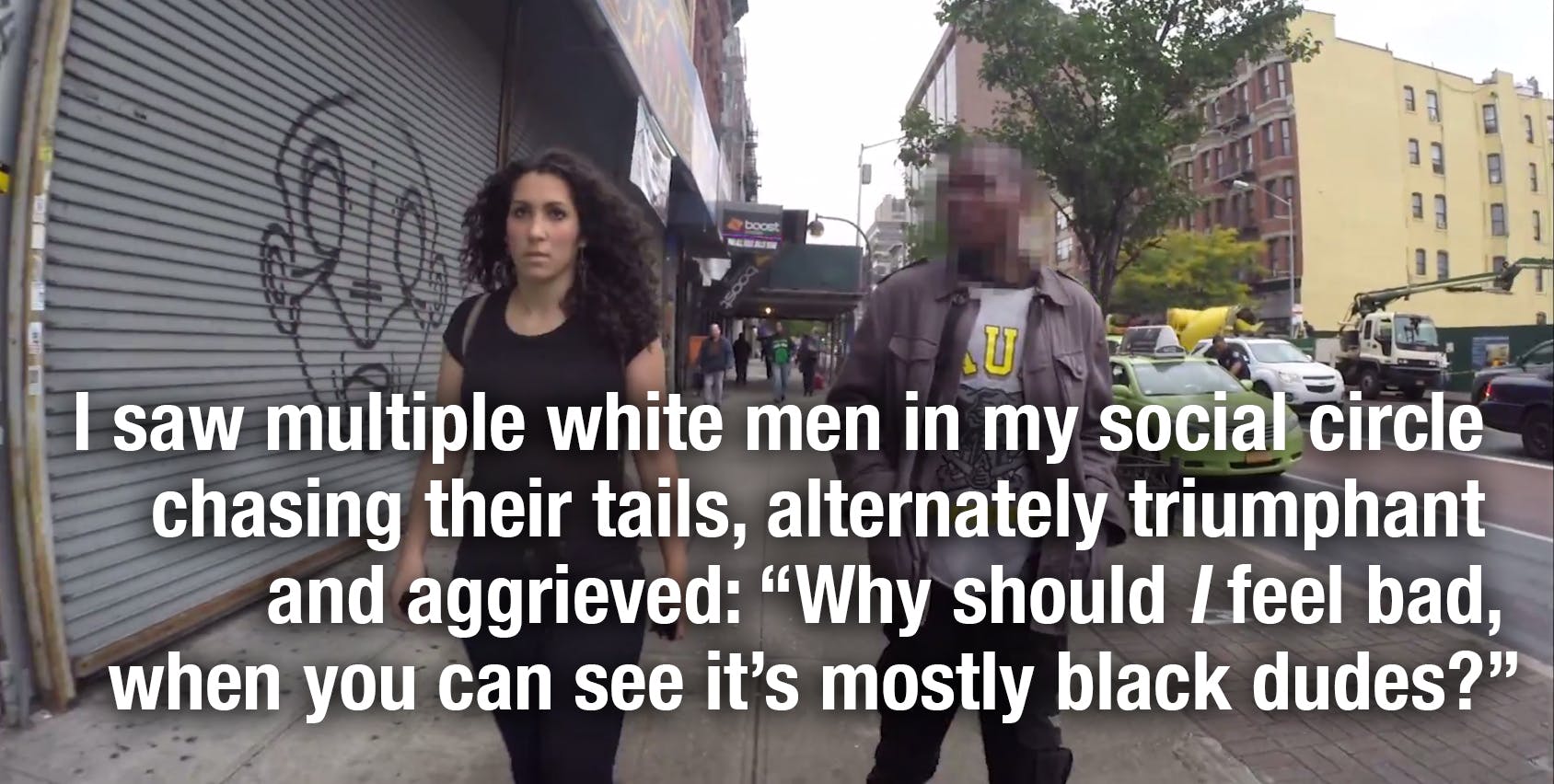 Because I didn’t just see that reaction slithering out of Oates’s brain—I saw it on my own Facebook feed. I saw multiple white men in my social circle chasing their tails, alternately triumphant and aggrieved: “Why should I feel bad, when you can see it’s mostly black dudes?”

Except also, there was “Learn to take a compliment, ladies,” plus “Gay guys hit on me too!,” and “Stop demonizing men,” and “You’re not even allowed to say ‘good morning’ anymore,” and, of course, “No one is demonized as much as white men in our current culture.”

They just want so desperately for there to be a loophole—one designed just for them—so they can keep treating women like shit with impunity.

This is exactly why “not all men” is so fucking toxic. Because misogyny is a problem that all women have to deal with, and from which all men benefit. No, not all men are featured in that video, but all men are raised in a culture that treats women like decorative objects, and that conditions men to feel entitled to women’s bodies and time (whether they choose to fight against that or not).

Telling women to specify “not all men” lets most men off the hook. And we need all of them.