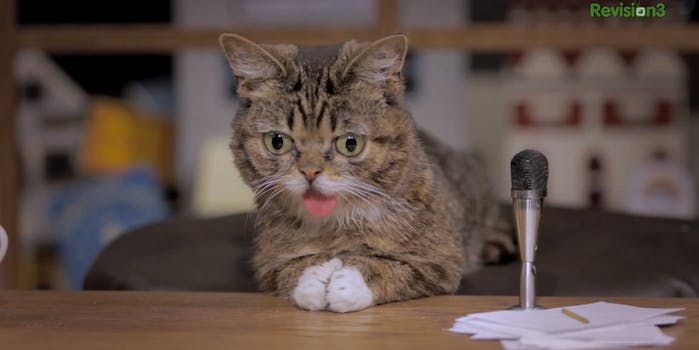 Lil Bub’s Big Show launched Tuesday on YouTube with Whoopi Goldberg in the hot seat. For those of us who aren’t as fluent in cat-speak, there are subtitles placed on the video to translate Lil Bub’s chirps and purrs.

The two-year-old feline previously appeared on The View in April 2013, so the “Space sisters” were already well-acquainted with each other. It’s about what you’d expect from a talk show from a cat, but as seen from past interviews, that formula can easily make movie magic. And if Lil Bub can get her new best cat friend on the show, it just might break the Internet.