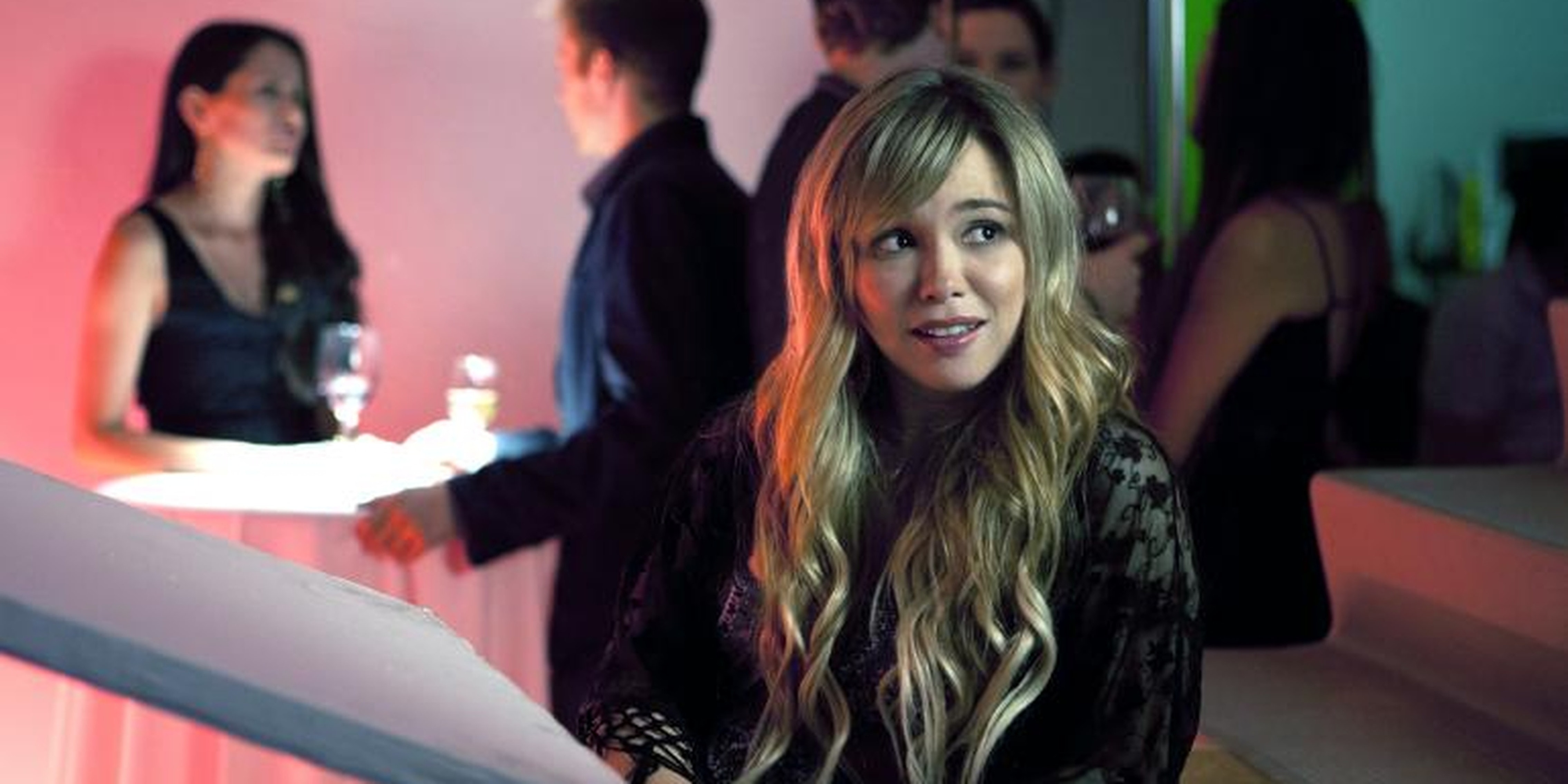 How to sell women their own exploitation

Lifetime's Brittany Murphy movie isn't just a "shameless cash grab." In the wake of CelebGate, it's business as usual.

The Anna Nicole Story. Liz & Dick. This is the kind of “ripped from the headlines” celebutainment feature that stalwart cable channel “for women” Lifetime (in the words of its most famous—albeit retired—network slogan) has brought to the masses, accuracy and subtlety be damned. Many of Lifetime’s “films” are in some ways the Sharknado of biopics: The cheese is laid on thick, the writing is almost always questionable (if not actively terrible), and to call the acting sub-par is probably a little generous.

But Lifetime’s over-the-top Twitter promotion of their recent Brittany Murphy biopic that aired on September 6, The Brittany Murphy Story, raises some disturbing and complex questions about the continued exploitation of women in peril and the social media-enabled marketing of exploitation as entertainment.

Lifetime—both the flagship network itself and its Lifetime Movie Network spin-off—has made a considerable amount of money from the “women in peril” trope. The network’s reliance on material about women in danger has become something of a joke (see: comedian Jim Gaffigan’s ironic routine about “television for women” that consistently shows women being abused), but Lifetime’s more recent and more savvy marketing of bad-quality movies about celebrity women in danger represents a new and troubling frontier. It’s the network’s classic “bad things happening to women as entertainment,” except with a harsher message about successful women—and what happens to them if they stray too far from their prescribed role.

Exploitation flicks aren’t new—and although many of them have been mined for laughs in pop culture classics like the television show Mystery Science Theater 3000, they are still a weird piece of cinema history, whose themes continue to reverberate under the surface of a myriad of film and television offerings. (This list of directors whose filmographies include exploitation films has more than a few contemporary names.) So-called “educational” short films of the 1930s and 1940s laid the foundations for feature-length exploitation cinema of the following decades.

Later exploitation flicks tended to operate on the principle of “the more lurid, the better”—the gore, girls-gone-bad plotlines, and gratuitous nudity of shock offerings like Valley of the Dolls, Death Race 2000, I Spit on Your Grave, and Cannibal Holocaust attracted both controversy and crowds. Exploitation cinema did not end with the 1960s and 1970s and has experienced something of a revival in mass culture, or at least has gotten a little more respect for its continued influence on certain acclaimed directors.

While it’s likely that few fans of camp exploitation such as Valley of the Dolls take the gender messages in such films seriously—particularly regarding women and the dangers of fame—the similarity of the messages that Lifetime’s celebrity biopics transmit is worth noting.

That the mass consumption and digital promotion of some very old exploitation tropes happens to be taking place in the age of social media and viral content is not an accident; it’s true that some social media platforms, particularly Twitter, allow users to share important information in real time (one example is the recent activism involving the Ferguson, Mo. protests after the death of unarmed teenager Michael Brown).

The other side of social media’s real-time usefulness, however, is that it makes it much easier for television networks to promote—and cash in on— creepy exploitation movies that seem like a bit of harmless, trashy fun until you examine the messages hiding underneath.

Lifetime’s reputation as the network for trashy celebutainment movies is well-documented, one their social media team actively works to promote. Just under the surface of that promotion lie many of the harmful messages that mass media tends to shore up when it comes to women; this series of tweets, for instance, harkens back to the old canard that women are primarily defined by their relationships to others—especially men:

She inspired him to be a better man. The #BrittanyMurphy Story. pic.twitter.com/cZn8MBE0oL

In promoting The Brittany Murphy Story, the network’s Twitter account breathlessly exhorted its followers to tune in, offering weird, out-of-context gifs of scenes from the film to pique viewer interest.

Watch The #BrittanyMurphy Story NOW as it follows a talented young actress into the dark side of life in Hollywood. pic.twitter.com/nHsaNNBAmM

Of course, this narrative doesn’t tell the whole story—that Murphy was more than a young ingénue who got mixed up with “the dark side” of the film industry. Lifetime’s series of tweets focuses squarely on the sordid details of Murphy’s life, not her critically acclaimed comedic work in early 90s classic Clueless, her underrated voice role as sweet-but-dim Luanne Platter on Fox’s King of the Hill, or her extensive filmography that spanned multiple genres—including 8 Mile, Drop Dead Gorgeous, and Girl, Interrupted. Like some of the other famous women depicted in much of Lifetime’s other biopic fare, Murphy’s story is reduced to a tragedy that can be shaped and molded so that its sleaziest aspects are front and center.

Expecting nuance from TV movies is a losing game, sure, but the popularity of these exploitation-fests due to their trashiness also deserves consideration. Trashiness and the apparently harmless fun of the celebrity biopic may get Lifetime a pass (and ratings) but the gender messages underneath aren’t so light—nor are the messages about social media.

Social media’s potential—and already established power—lies in its ability to be utilized for up-to-the-second global activism, awareness campaigns, and coordination of social movements against sexism, racism, and other oppressions. “Hashtag activism” can be used as a pejorative term, but Twitter campaigns that that have brought much-needed attention to issues of oppression are crucial because they shed light on social problems that are often dismissed as unimportant.

The Twitter marketing of The Brittany Murphy Story by Lifetime, however, simply reinscribes tired media messages about the perils of fame for young women—and is sold to viewers as some sort of must-see two hours of programming in the guise of trashy, fun entertainment. It takes advantage of social media as a platform for dissemination of information and ideas, twisting it far from its ideals. At a time in which CelebGate is showing the wider potential of the Internet to exploit women and deny them agency over their own image, this is particularly damaging.

The use of Twitter and other platforms for marketing is inevitable, but Lifetime’s crass marketing of The Brittany Murphy Story as a social media event serves as a distraction from the utilization of social media as a tool for radical social change. Far from being revolutionary—except, perhaps, for the bottom line—Lifetime’s hyping of their latest celebsploitation flick is a reminder that what might seem like just another trashy movie actually has a very big reach.

Photo via The Brittany Murphy Story/Trailer