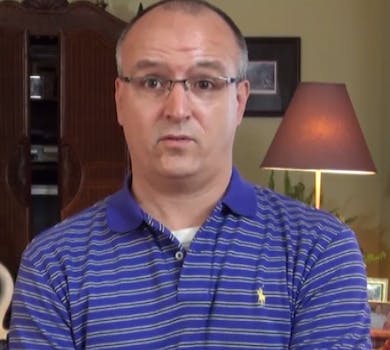 The video was a first-person testimony about a church that allegedly preaches hatred toward gays, and it was removed from YouTube for attacking a religious group.

An LGBT rights organization in North Carolina is incensed after learning that YouTube will not restore a video the organization believes does nothing to violate any of the video sharing site’s Terms of Service.

Faith in America executive director Brent Childers is leading the charge against YouTube in the case of a video spotlighting Jerry Cooper, whose on-screen testimonial against North Carolina’s Word of Faith Fellowship (WOFF) caused an uprising in the LGBT and brought into question the church’s handling of gays in its community.

The organization argued last Friday that the Google-owned site is “giving cover to a church that believes it is OK to harm gay youth and families in the name of religious teaching.”

The video, a response to a similar testimony by 22-year-old Michael Lowry, depicts WOFF as a fear-mongering cult that brainwashes its members and preaches hatred towards gays. According to Childers, such accusations are nothing new to the massive video sharing site.

“It is really dumbfounding,” Childers said in a statement last Friday. “YouTube allows a controversial video that pokes fun at Islam [the much debated trailer for “The Innocence of Muslims,” which depicts the prophet Muhammad as a philanderer and pedophile and has been granted permission to remain on site]. But here we have a video in which a person is telling his own personal knowledge of how this bizarre Christian church treats gay youth or those suspected of being gay, and they remove the video.”

YouTube did not respond to the Daily Dot’s request for comment on the takedown, but Childers said that he has been told the video sharing site “apparently considers allegations against a church as somehow stepping on their religious liberty.

“Considering the wealth of YouTube videos that address controversial religious issues, we find that hard to believe. Unfortunately, YouTube doesn’t offer a process to question the removal of a video that has been deemed inappropriate, and they do not give a reason why.”

Unfortunately for Childers and the Faith in America organization, YouTube may have already spoken. The site’s community guidelines explicitly state that the site does not allow hate speech or speech which attacks or demeans a group based on race, ethnic origin, or religion. That may go against the precedent the site established in September, when it chose to allow the trailer for “The Innocence of Muslims” to remain onsite, but Cooper’s testimonial clearly fits the bill—not that that’s any consolation.

“The purpose of the video is to expose a so-called church that misuses religious teaching to bring harm toward LGBT youth and their families,” Childers told the Daily Dot. “I certainly hope Google and YouTube would agree that such harm needs to end.”

The testimonial, as well as Lowry’s, is currently being hosted on the Faith and Equality website.

WOFF did not respond to the Daily Dot’s request for comment.

Screenshot via Faith in America