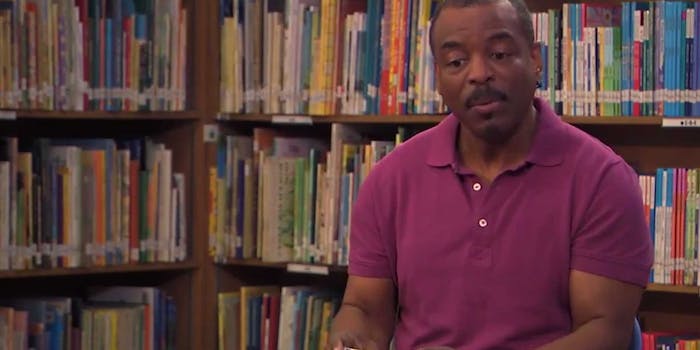 There are so many ways a tweet can go wrong—as LeVar Burton is well aware—that it’s crucial we teach kids what the social media service is really for. I’m talking, of course, about parsing weird updates from celebrities while posting whatever pops into your head.

To that end, Burton appeared on a Jimmy Kimmel Live segment that tweaked his classic Reading Rainbow format for the 21st century: now it’s “Tweeting Rainbow,” an educational program that asks its young audience what Snoop Dogg is getting at when he tweets, “Put ya face in tha mayo.” (It’s what you do when you’re way too stoned, if you were wondering.)