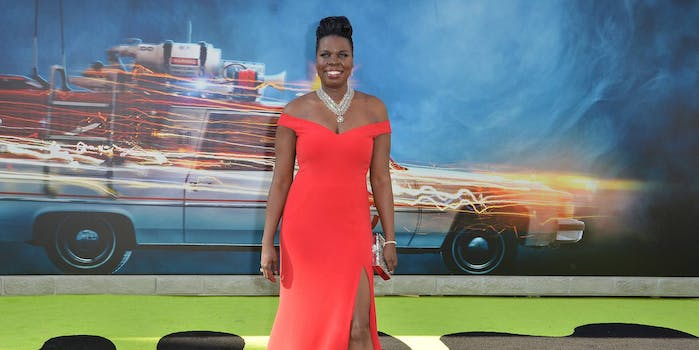 Leslie Jones had an absolute blast at the Emmys and its legendary Governors Ball afterparty. And she may have found love along the way. The Saturday Night Live comedian tweeted a missed connection from the evening seeking a hot bartender from down south four days after the event.

Fans were supportive. Some even offered to set her up with another Bama boy or go on a date with her themselves.

I'm not a bartender but I'm from Alabama. And I'd flirt with you. Do I get points? Lol

so I'm from Alabama and i bartended in college. I'm just saying if dude don't step up call me.

The mysterious mixologist has yet to come forward. Was he shy? Or did he take his desires to the original web-based missed connection hub, Craigslist? I scoured the Los Angeles listings from Sunday night to the present day and found pretty much what you’d expect.

tryna find @Lesdoggg’s love connection on craigslist & stumbled on these gems instead pic.twitter.com/dIMGPTAW65

i got this feeling she doesn’t want to be found, buddy pic.twitter.com/AyccVKTXzV

And yet still no Bama bartender. Almost a week has passed since the Emmys. C’mon, dude. To paraphrase the wisdom of one of Jones’s fans, Roll tide! Get that chick!