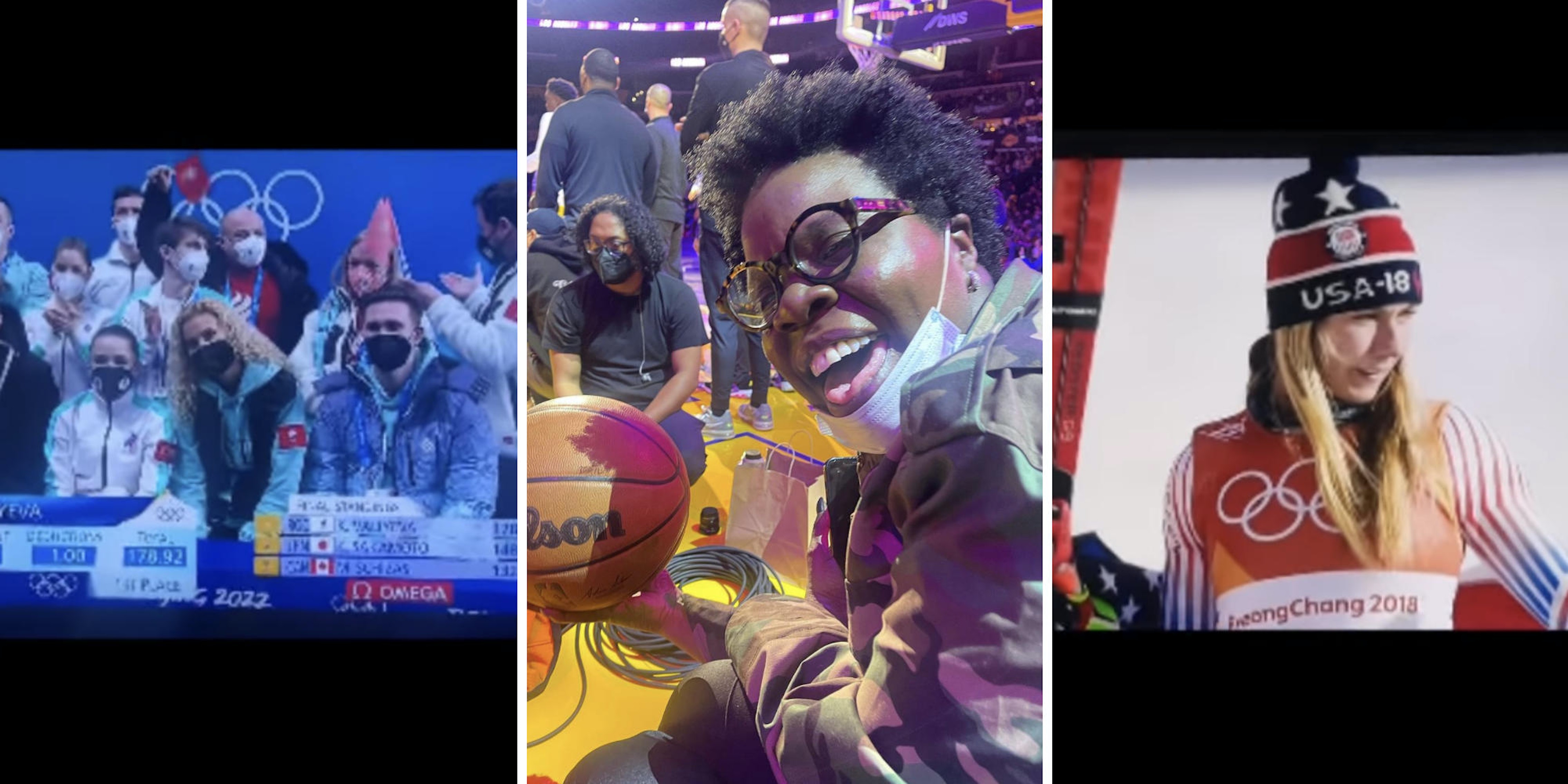 'I'm tired of fighting the folks who don't want me to do it.'

For years, Leslie Jones’ enthusiastic Olympics commentary—in which she recorded as she watched various Olympic events on her TV—was as much a highlight of the Olympics as the feats pulled off by the athletes themselves. But, just a few days into the 2022 Winter Olympics, Jones is already indicating that this might be her final Olympics live-tweeting because of pushback and restrictions she’s gotten from NBC about it.

In her initial post, she doesn’t mention NBC—which airs the Olympics in the U.S.—by name. But in a post shared on Twitter and Instagram, Jones said that she’s “tired of the folks who don’t want me to do it” and that her videos are being blocked.

“I’m starting to feel like this should be the last Olympics I live tweet. I know, another celebrity bitching. But I’m tired of fighting the folks who don’t want me to do it. They block my videos and they get folks who think they can do it like me. And I’m tired of fighting them. I love the athletes and they love me doing it. And I know y’all love it but now it’s just gotten too hard. And no one is fighting for or with me. Soooo I guess I’ll leave it to the professionals. But thank you for all the love. #uptoyallnow”

More than a dozen videos featuring Jones’ commentary—many of which feature the team figure skating competition that has taken place over the past few days—are still on Instagram. It’s unclear how many videos were taken down or if any of the copyright claims stuck, given that the videos (which feature Jones’ audio commentary alongside NBC footage) fall into fair use. In another post, Jones directs her fans to ask NBC Sports (which she mentions by its handle) why it is trying to stop her from making the videos.

“I have watched olympics since I could walk lol,” Jones wrote in the caption of a video of figure skater Karen Chen performing her free skate routine. “Me and my dad. So this is from my heart. Y’all should be asking @NBCSports why they don’t see that. And think they can replace me with just anyone. Again not saying I was first just saying it’s frustrating.”

On Twitter, when asked what people could do to support her, Jones responded that NBC was responsible for the pushback, tweeting, “It’s NBC.” Jones also denied that trolls were behind the move to block or remove her videos. (Jones previously received racist harassment and abuse for her role in the 2016 Ghostbusters film; her website was also hacked.)

The Daily Dot has reached out to NBC Sports for comment.

People met Jones’ announcement with shock and outrage toward NBC as some indicated that her tweets were the only reason they even knew the Olympics were happening. Others eagerly looked forward to her live-tweeting every time the Olympics came around, with Jones retweeting many of the people who showed their support.

Jones’ style of commentary has been a mainstay for years: She had a recurring segment on Late Night with Seth Meyers where she and Meyers would watch an episode of Game of Thrones together as Jones commented at whatever was going on. But her style of commentary—which Jones acknowledged she didn’t invent—went viral during the 2016 Summer Olympics in Rio de Janeiro. Jones, who was an NBC employee as a Saturday Night Live cast member at the time, was celebrated for her Olympics tweets, which mixed humor with pure enthusiasm. NBC loved it too, going as far as to invite Jones to Rio, where she brought her commentary straight to the athletes and our TV screens.

She left SNL in 2019. During the Summer Olympics in Tokyo last year, Peacock (NBCUniveral’s streaming service) aired Olympic Highlights with Kevin Hart and Snoop Dogg, which offered a similar style of commentary to Jones’.

Jones said the reason she made the videos was to show her appreciation for the athletes, even as some people voiced that nobody cared about the Olympics anymore. And it’s not just people watching from home who love the videos—athletes do, too.

“When I first started doing this in Rio, I did this because people were telling me that no one watches the Olympics and I was like, ‘Are you fucking crazy?’” Jones said in the video featuring Chen. “These are athletes, this is everybody coming together no matter what’s going on and competing in the games. These athletes work their fucking ass off to get to this one moment. So for us, as a country, not supporting them, I thought that was just absolutely stupid…You need to understand that when I do this, my spirit is totally in it. I feel it, I love these people.”

Update 9:15am CT, Feb. 8: NBC spokesman Greg Hughes told the Associated Press that Jones’ Olympics reaction videos were blocked because of a “third-party” error instead of NBC.

“We have resolved the situation. She is free to do her social media posts as she has done in the past,” Hughes said. “She is a super fan of the Olympics and we are super fans of her.”