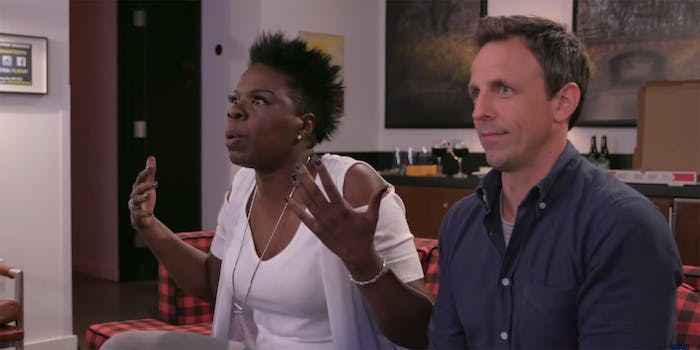 Leslie Jones had some belated advice for Rickon Stark

Thanks to Seth Meyers, we were introduced to the pure joy that is Leslie Jones watching Game of Thrones, but now that the season is over she’s able to tell Rickon Stark what most of us were thinking.

Jones met Art Parkinson last week, which she promptly spent telling him how Rickon should’ve zig-zagged in order to escape Ramsay Bolton’s arrows—a common criticism given the completely open field just outside of Winterfell. Would it have helped? Probably not, given that Rickon was the last known, legitimate male Stark heir and with his luck he likely would’ve gotten hit by one the arrows anyway.

Serpentine or not, they’re both cool now.

Can they both watch Game of Thrones together next year?