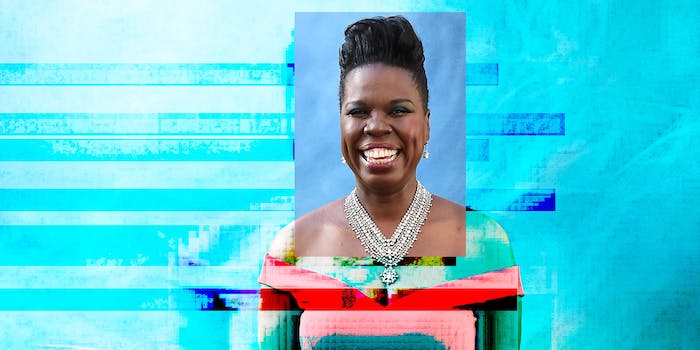 The hackers also posted a video of Harambe the gorilla.

The Ghostbusters star was attacked on Wednesday by hackers who accessed her phone or cloud account as well as her website—posting nude photos of her to her site, along with disturbing messages. Across the top of her site was a tribute video to slain zoo gorilla Harambe, TMZ reported.

The hacker also uploaded photos of the Saturday Night Live star’s driver’s license and passport, complete with all of her personal information.

Details of the hacking are still emerging, but the website appears to have been removed entirely.

By noon, Jones had not commented on social media about the hacking. The actress is so stranger to constant online harassment, however: In July, she retweeted an onslaught of racist and sexist tweets directed at her that compared her to a gorilla, among other insults.

Jones’s experience on Twitter was no surprise to many black users of the platform, who came forward with their own stories of social media harassment and said that outright racism on Twitter is a frequent occurrence. The Daily Dot spoke with black women who endured Twitter harassment, and was told by more than one person that white celebrities are treated differently when harassed online than when black celebrities like Jones face the same problems.

“I think we handle white women with kid gloves and we ignore black women’s very real problems,” comedian Akilah Hughes told the Daily Dot in July. “I think Twitter realized that Leslie Jones isn’t as popular as Taylor Swift, and that her being black certainly wasn’t going to be enough reason to help. It never is.”