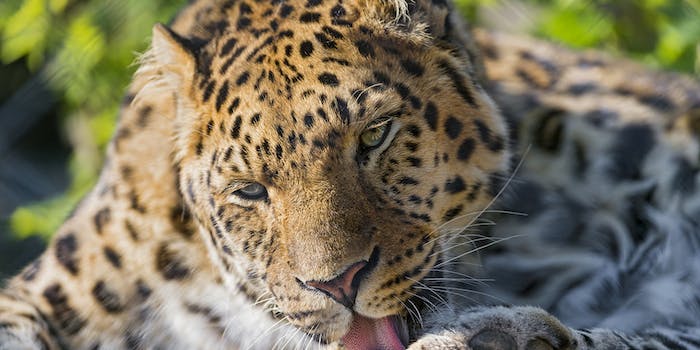 When animals spot a GoPro cameras capturing their behavior in the wild, most approach to investigate.

But a pair of leopards captured in this video didn’t just come in for a closer look—they stole the camera. Roan Ravenhill, a 26-year-old ranger at the MalaMala Game Reserve in South Africa, set up the camera on a wooden stand hoping to record a leopard and her 10-month-old cub.

Well, they sure visited the camera, and liked it so much they took it with them.

Considering what happened when a monkey, a crocodile, a cat, and a pig each got their hands, mouths, and paws on a GoPro camera, Ravenhill’s lucky hers came out of the encounter unharmed.