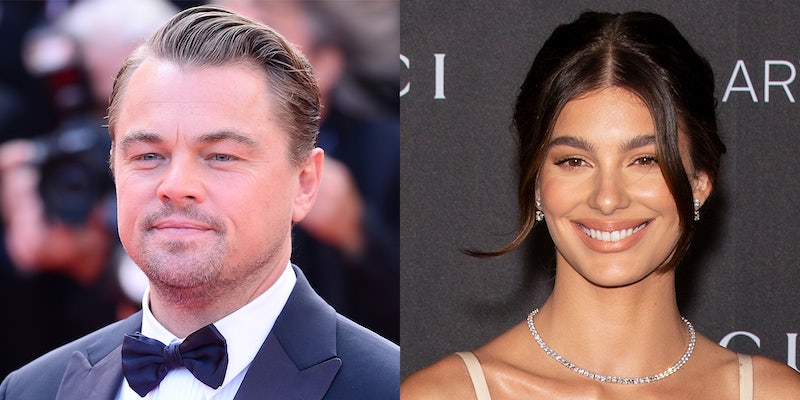 ‘Will you still love me when I’m no longer young and beautiful?’: Leonardo DiCaprio’s ’25th birthday rule’ strikes again after Camila Morrone breakup

'all women under the age of 25 PLEASE stay inside.'

Leonardo DiCaprio‘s love life embodies that classic line from Matthew McConaughey‘s sleazebag character in Dazed and Confused: “I get older, they stay the same age.”

Now approaching 50, DiCaprio is notorious for dating much-younger women—invariably under the age of 25. So when he broke up with his girlfriend Camila Morrone two months after her 25th birthday, people inevitably took notice.

DiCaprio’s taste in women is so consistent that it became the subject of a viral graph in 2019. Charting DiCaprio’s relationships over a 20-year period, it shows a repetitive cycle where he starts dating women when they are around 20 (or in Gisele Bundchen’s case, 18), but breaks up with them before their 26th birthday. (DiCaprio has also been casually linked with other women including the model Helena Christensen, who is several years older than him. However the graph charts his most public longterm relationships, with very clear results.)

As an actress/model who began dating DiCaprio when she was 20, Camila Morrone certainly fits the trend, sparking a wave of dark jokes on Twitter as news spread about their breakup.

Commentary on DiCaprio’s love life has grown more pointed in recent years—both as DiCaprio himself grows older, and as public opinions shift about age-gap relationships in Hollywood. People are more conscious about the unequal power dynamics in a relationship between an established A-lister and a much younger, much less famous model.

So while DiCaprio’s 25th birthday cutoff is kind of a jokey meme, there’s an obvious critical subtext to people’s reactions here. As one tweet put it, “leonardo dicaprio breaking up with his girlfriend before her pre-frontal cortex has fully developed” is a phenomenon as reliable as death and taxes.

At the same time, the meme-ification of DiCaprio’s dating history has potentially shielded him from more serious criticism. His habit of breaking up with women before they turn 26 is so consistent that it’s become a punchline, and opinion seems to be split over whether to label him a creep, or just dismiss this as an amusing quirk of DiCaprio’s public persona.

At any rate, people will be watching closely to see who he dates next—and whether he ever manages to reach that 26-year cutoff.