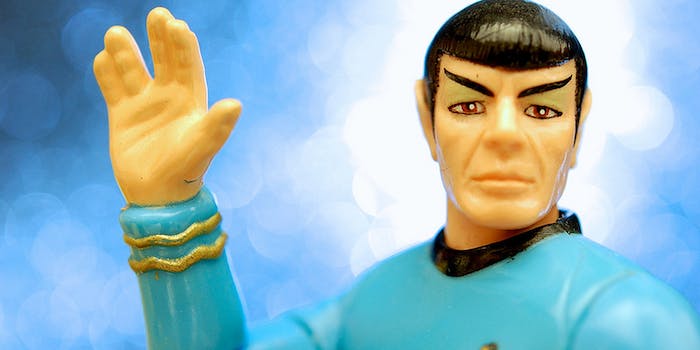 Logic is as logic does.

What happens when you help to draft the Affordable Care Act and then say it was carefully designed to account for “the stupidity of the American voter or whatever”? Leonard Nimoy takes you to a shed out behind Twitter and gives you a Vulcan noogie.

The New York Times reports that Jonathan Gruber, “an M.I.T. health economist who helped design the Massachusetts health reforms on which Obamacare was based and then advised the Obama administration on that program’s design,” made some unfortunate comments about the legislation at an academic panel in 2013. He noted that “lack of transparency is a huge political advantage” and “was really, really critical to getting the thing to pass.”

Gruber was articulating a basic if sordid principle of congressional politics, but conservatives have of course seized upon his statements as a rallying condemnation of a law they’ll never be able to stop complaining about anyway—all of which may help to explain this:

Mr. Gruber . To speak before engaging brain is illogical LLAP

“LLAP,” if you aren’t up on your Trekkie acronyms, would be “live long and prosper.” If Gruber wants to do the latter, it’ll have to be far away from Washington, D.C.