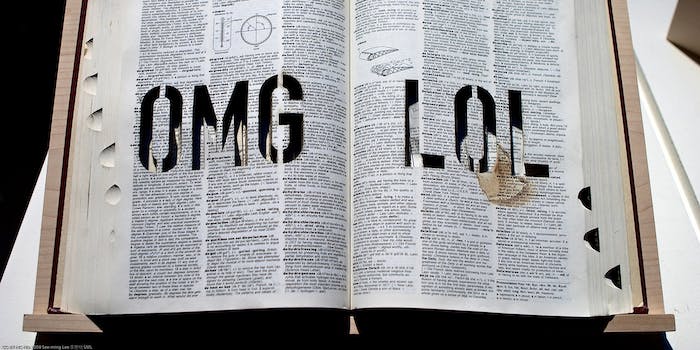 Navigating modern times—and the bastardized version of the English language that seems to rule—can be tricky. Fortunately, Urban Dictionary thrives; making sure that everyone, regardless of age or street cred, possesses necessary mastery of vital terms like “ratchet” and “I can’t even.”

BuzzFeedVideo recently produced a YouTube video that lists—and illustrates—eight such Urban Dictionary terms that everyone should become familiar with immediately. Failure to do so will likely get you mocked and/or called “old” or “out of touch” or “intelligent” as you stand there, stumped, trying to figure out what the hell “dick butterflies” are.

I think a fleek end to this day would be to share this article on Twitter (in a twoosh, of course), or perhaps side-text it to a senpai (who will likely go to sleep in response). Then, as the dick butterflies flutter within, you whip out some trusty banana polish and admire some lipbanging videos.