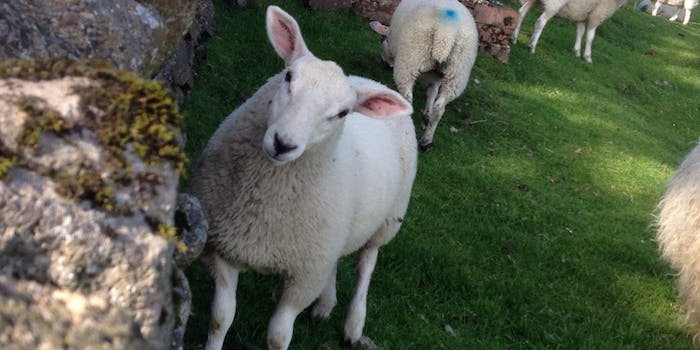 Lamb raised with border collies is convinced she’s a dog

Confusion has never been so cute.

The only thing cuter than a dog is an animal that isn’t a dog but thinks it’s one.

Jemma Mackenzie knows a little something about that. Her lamb, nicknamed “Pet,” grew up with the family’s four border collies and subsequent began to think that she was a dog herself.

In these YouTube videos, Pet can be seen prancing around with the collies as if she’s one of them. When the dogs race around, she bounds after them. The collies don’t really know what to make of Pet; occasionally they’ll just stare her down.

Still, Pet never gives up. She wants to prove she can hop around with the best of them.