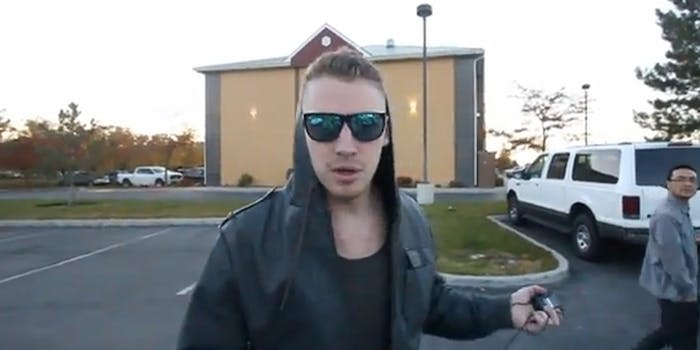 The LAHWF YouTube channel successfully pranked people outside a Macklemore concert with a pretty convincing lookalike. The fake Macklemore took photos with adoring fans, did a radio interview, and even got past security.

He managed to avoid detection until management found the LAHWF crew coming out of a bathroom and kicked them out of the show,

The stunt was a collab with ATD Movement, and fits the same mold as a  recent morning show prank where a tax accountant posed as Ryan Gosling in Detroit and mayhem ensued.

Or this Swedish video where a young kid pretends to be Justin Bieber.

Are people really so easily fooled? Apparently so.

To LAHWF’s credit, their Macklemore doppelgänger really does look like the rapper. And the reactions are actually hilarious. Too bad for the people who took photos with the prankster thinking it was the real Macklemore, though—at least the fake was good enough that he might fool their friends on Instagram.