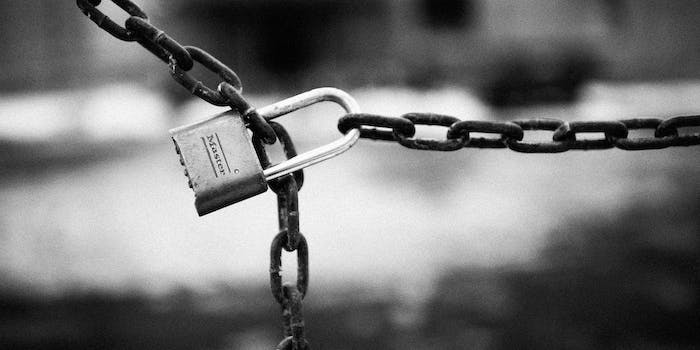 The court did not, however, deny it was funny.

Ladar Levison, the privacy-protecting email entrepreneur, has lost his appeal after punking the FBI in court.

Until he closed it over this debacle, Levison was the creator and owner of Lavabit, a respected email service specializing in sophisticated encryption. Its highest profile client was Edward Snowden, who leaked National Security Agency documents to the press and once used the email address [email protected]

Realizing that an email encryption service wasn’t worth much if it could not keep out the U.S. government, Levison went into panic mode, and initially gave the court the requested documents in 11 pages of unreadable 4-point font. He and Lavabit LLC were, perhaps obviously, found in contempt, which he tried to appeal. But the Fourth Circuit Court of Appeals denied his request Wednesday.

In the opinion, Judge G. Steven Agee wrote, “Lavabit neither ‘plainly’ nor ‘properly’ identified these issues for the district court.” Agee did not, however, rule on the merits of the case. Levison’s attorney, Ian Samuel, confirmed to the Daily Dot that the court’s decision was more about a procedural misstep—using an unreadable font size—than the legitimacy of the case.

Levison has a few more legal options, but Samuel said he wasn’t yet ready to announce his next move. If Levison accepts the contempt charges, he’s expected to owe thousands of dollars.

For now, Levison told Ars Technica, he plans to focus on developing the Dark Mail Alliance, “a technical solution” that would prevent government officials from accessing users’ private emails entirely.

Read the court’s full decision below: