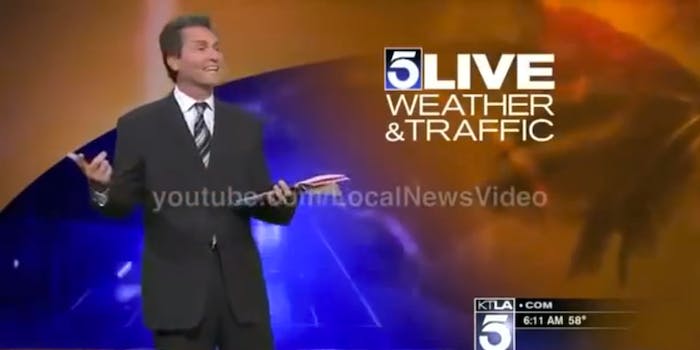 If you want proof your morning news is really filmed live, this is it.

KTLA just might be the most unintentionally funny news station in Los Angeles. Anchor Chris Schauble’s priceless reaction to a 4.4-magnitude earthquake went viral this week, but based off this clip from last March, it’s not a one-time deal.

Weatherman Henry DiCarlo gets tricked into wishing 10-year-old “Hugh Janus” a happy birthday on the air during one of his segments, and Schauble just loses it in the anchor chair. They might be trained newscasters, but they also love the same type of potty humor we do.

Lesson learned: Always practice the script before the cameras roll.